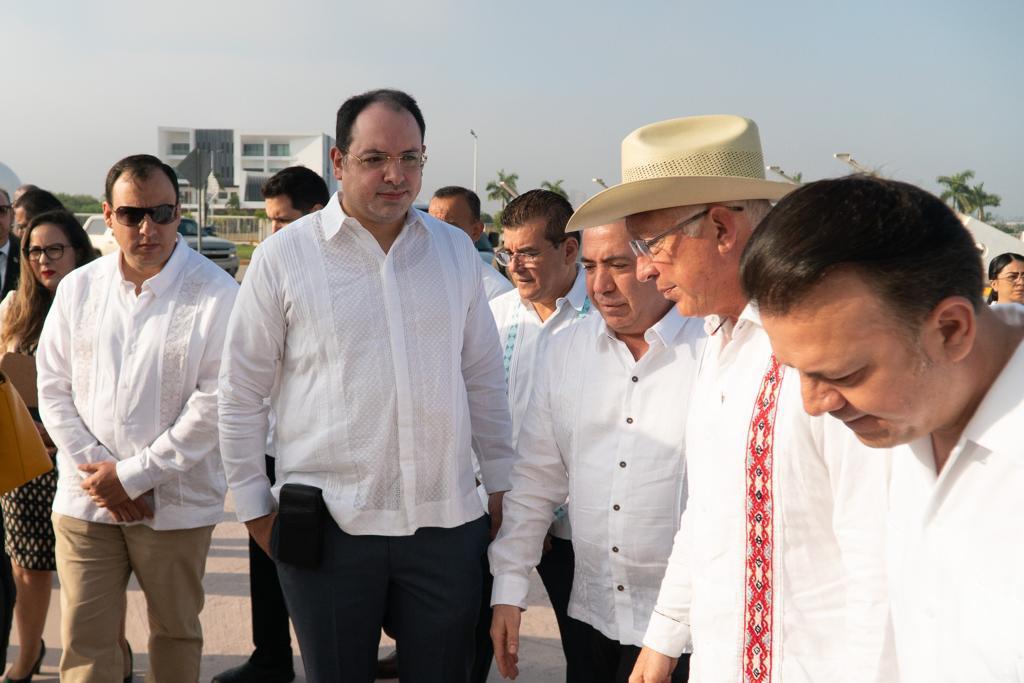 Mexico’s Caxxor Group, which is leading investments and planning on the US$3.3bn T-MEC rail corridor, is including two institutions in its plan to connect Sinaloa state in Mexico with Winnipeg in Canada, via the US.

CEO Carlos Ortiz, along with officers from the Sinaloa and Durango state governments and US ambassador Ken Salazar, signed a collaboration agreement with the Sinaloa autonomous university (UAS) and the Sinaloa polytechnic institute (IPS) to carry out the project’s ocean studies.

The T-MEC corridor involves construction in stages of a floating port in Mazatlán, Sinaloa; a 180km Durango-Mazatlán rail line, and four industrial parks (two in Coahuila state and two in Durango state).

In August, Ortiz told BNamericas that US design and engineering firm AECOM was selected to be the project manager and choose the builders.

Earlier, in May, the CEO told BNamericas that Caxxor was looking to start work this year on two of the three main works, namely the port and the industrial parks. Work on the railway could begin in 2023.