Chile aims to beat its own renewable energy targets 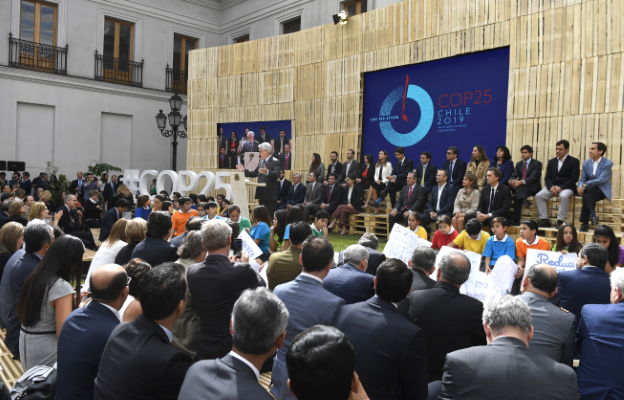 Chilean President Sebastián Piñera said that his country is now aiming for renewables to account for 70% of the energy matrix by 2030, far earlier than the original target of 2050, according to a release.

Piñera spoke at a presentation and launching platform for climate change summit COP 25, which will take place in the country between December 2 and 13 in capital Santiago.

"[The summit] will be a great opportunity for this country and the world to begin realizing that time is running out," Piñera said regarding climate change. "We want the Chilean energy matrix to be carbon free, and are aiming at 70% of renewable energy by 2030."

According to data gathered by the national renewable energy association (ACERA), in February this year renewables were already providing 17.6% of total power generation (see graph 1). Solar power was the highest contributor, with 8.3 percentage points of the total, followed by wind with 4.1 percentage points. Peak generation, however, took place during November last year, when renewables briefly surpassed the 20% mark.

During March 2019, Chile's environmental evaluation service (SEA) approved 12 renewable generation projects for a total of 535MW. The SEA pipeline shows that 1,363MW of projects are currently under construction, with by far the most prevalent energy source being wind, with 836MW of upcoming capacity (see graph 2). The agency also shows that 7,487MW of projects are under evaluation.

BNamericas' project database shows 16 projects currently in construction in the country for a total investment of US$4.1bn, of which US$1.65bn are for wind and US$2.33bn for solar projects. It also shows 38 projects under environmental evaluation worth a total of US$11.5bn dollars, out of which US$3.9bn are wind and US$7.6bn solar.

The NCRE industry projects great growth in Chile during 2023: How to make its processes more sustainable?

Anillo project awarded to UAI studied the uncertainty in the future use of renewable energy in the Chilean energy t...

Challenges of the electromobility and electric energy storage law in Chile

Want to read more information about Chile aims to beat its own renewable energy targets?