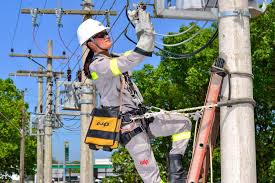 Foreign direct investment in Chile rose 33.2% year-on-year in March to US$1.698bn despite fallout from the social crisis and the coronavirus pandemic.

The three-month figure is the second biggest for a first quarter since the current data series began in 2003, the agency said.

“The scenario that we face is challenging for investment and at InvestChile we are working so that foreign companies can advance their projects or investment plans in our country when things normalize, with a special focus on those already established in Chile,” Frederick said.

Equity purchases accounted for the bulk of FDI in January-March, with US$3.530bn reported. Reinvestment of profits accounted for US$1.833bn, followed by debt instruments (US$1.114bn).

Meanwhile in March, reinvestment of profits accounted for the biggest component of FDI, with US$886mn reported, followed by debt instruments (US$530mn) and equity purchases (US$282mn).

Globally, coronavirus headwinds are expected to dent FDI, with the UN forecasting a plunge of up to 40% in 2020-21. Energy is forecast to be among the hardest hit.

In terms of gross fixed capital formation in Chile, in its latest monetary policy report the central bank forecasts this will drop 8.2% this year before growing 5.1% in 2021.

Demand for a new constitution remains – and how this is channeled will influence which way the needle on the uncertainty gauge moves over the comin...

Regardless of the constitutional referendum’s results, demands for social spending will remain, limiting public resources available for infrastruct...

The role of PPPs in the future of Chile's lithium industry

Want to read more information about Chile FDI climbs 176% in Q1 despite headwinds?