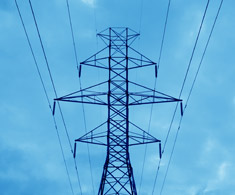 Senators Francisco Chahuán and Ignacio Walker of coastal Valparaíso region (V) said the 753km project would have a negative environmental impact on the area, according to a senate release.

"The debate has lacked citizen participation and the opinions of [Valparaíso's] mayors haven't been considered," Chahuán was quoted as saying.

In a meeting scheduled for Monday with energy minister Máximo Pacheco, Chahuán said he and Walker will ask that the approval process be suspended until an agreement is reached with local residents and mayors to reduce the project's environmental impact in the region.

Walker said that all lawmakers and mayors of the region's interior agree that the project cannot continue as planned.

The works are designed to strengthen the trunk system of Chile's central SIC grid, where transmission bottlenecks have prevented output – particularly from wind and solar plants – from efficiently reaching high-demand areas.

The reforms expand the role of the state in designing and administering the auctions, and are meant to increase the proportion of regulated market clients and stabilize electricity prices.

"It's fundamental to diversify and better regulate electricity supply, in order to provide improved service and prices to individuals and small businesses," Allende said.

The transaction will take place on November 26 and could extend to November 27.

The project will mark a key milestone in Chile’s plan to decarbonize its power matrix over the coming decades by enabling a growing number of renew...

Solek begins work on the first photovoltaic park in Quirihue

IRENA and GWEC Enhance Cooperation to Scale Up Renewables Globally

In 2020 prepaid users have more MB to surf the internet, for the same price a...