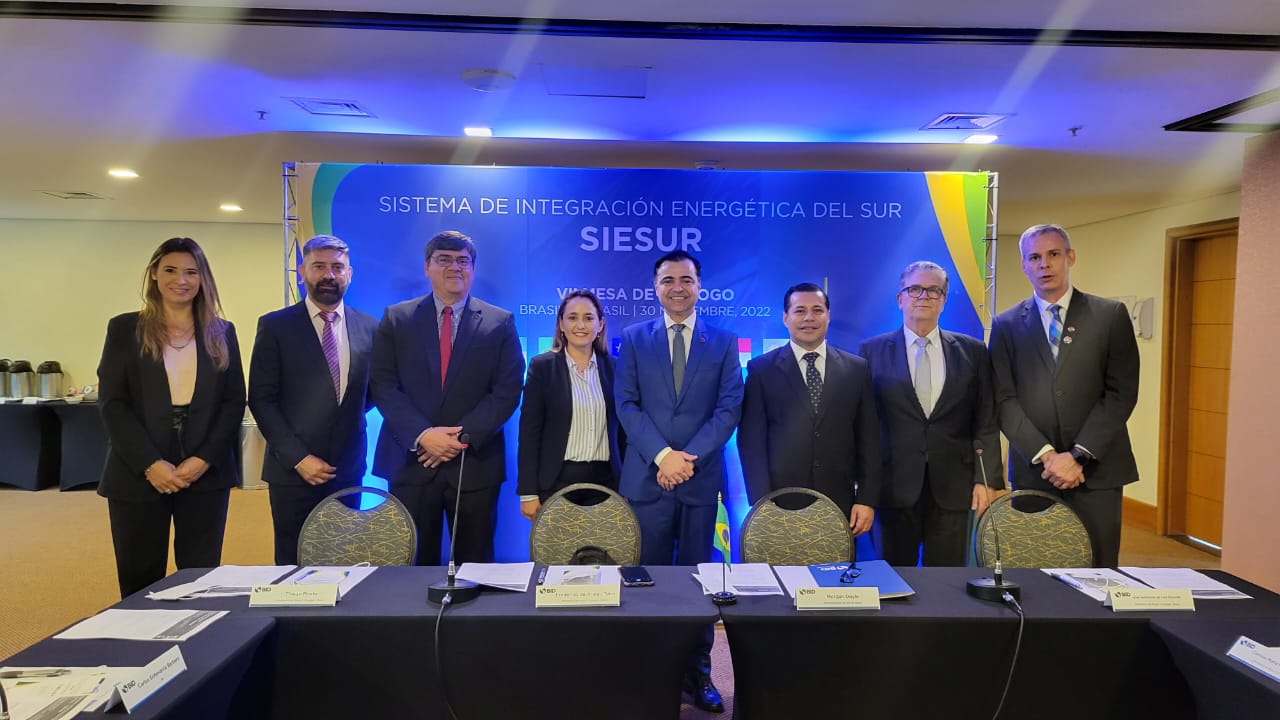 This activity took place on November 30 in the city of Brasilia, where representatives of the IDB, OLADE and CIER participated, along with authorities from the Ministries and Secretariats of Energy of the SIESUR member countries and directors of the System Operators (ADME- UY and CAMESA-AR) and the companies ANDE-PY and UTE-UY.

During the meeting the results of the following studies were presented and discussed:

Eng. Félix Sosa, president of ANDE and vice president of integration and institutional relations of CIER, highlighted the need to have clear rules for the transport of energy between countries, the role that the interconnection of the Yacyretá and Itaipu systems will have in regional integration and the need for integrated planning in the development of the region's infrastructure that allows optimizing investments. Mr. Sosa also highlighted the role of the CIER in the integration and development of reports that the Commission makes permanently.

Those present highlighted the importance of thinking about future integration between the SIESUR and SINEA (Andean Electrical Interconnection System) initiatives, mainly due to the importance of integration with CHILE and BOLIVIA. Eng. Túlio Alves, Executive Director of CIER, reported that on the occasion of the participation of the Vice Minister of Energy of Ecuador in the recent Meeting of Senior Executives of CIER held in Asunción - PY, the participation of the National Energy Agency Energia Elétrica de Brasil - ANEEL at the next SINEA meeting, contributing from CIER to the SIESUR – SINEA link considering the analyzes and studies of future interconnections between both regions.

Presentation of the SIESUR Roadmap

Subsequently, the SIESUR Roadmap proposal was presented, indicating a matrix of short, medium and long-term actions in three main axes:

During the dynamics of the meeting, the representatives of each country made their comments on the suggested actions, among which the following stand out:

From Brazil, a deadline was requested to respond to some aspects related to the Roadmap, especially on the work between multilateral entities, highlighting the need to analyze the use of synergies between organizations (SIESUR - MERCOSUR / SGT-9), to avoid duplication of efforts and achieve coordinated work.

Change of Pro Tempore Presidency of the SIESUR initiative

In this instance, Brazil ended its period in the Pro Tempore Presidency of the SIESUR initiative, assuming in its place the representation of Paraguay, who proposed the next Dialogue Table for March/2023 in Asunción.

With this project, IDB Invest will launch the world's first certificate for green transmission lines, an innovative solution that promotes environm...

Other companies in: Electric Power (Uruguay)