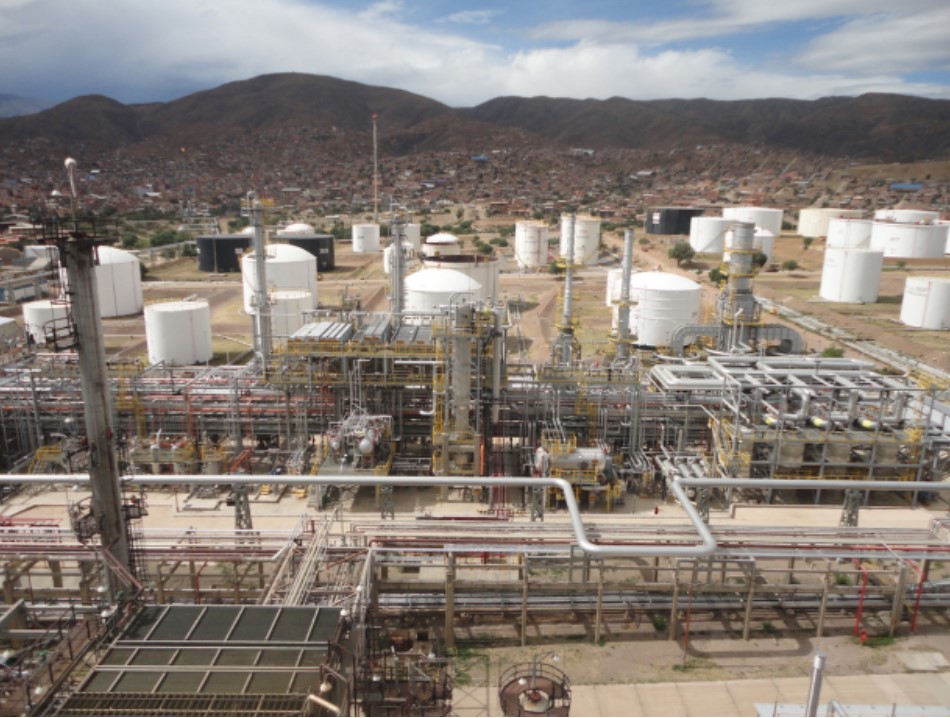 The Bolivian government’s social and economic policies analysis unit (UDAPE) is reviewing a supreme decree bill that would authorize state hydrocarbons company YPFB or YPFB Refinación to import crude to be processed at refineries.

The information from the hydrocarbons ministry follows a previous announcement by minister Víctor Hugo Zamora of plans to reduce fuel imports.

The ministry’s short-term roadmap envisions importing oil through the western department of Oruro via trucks from the Chilean port of Arica to the 40,200b/d Gualberto Villarroel refinery (pictured) in Cochabamba.

In addition, crude would be shipped through the southern department of Tarija via the OCYII, OCYIII and OCSZ-2 pipelines, whose idle capacity at October stood at 48%, 50% and 36%, respectively, according to figures supplied by YPFB Transporte to the ministry.

The imports would begin at Dock Sud in Argentina's Buenos Aires province, where plants operated by Vitco, Petromining and Shell along the Paraná river would dispatch crude via truck to the Durán field in Salta province, which is 30km from Yacuiba in Tarija.

From Durán, the oil would be transported via the Refinor pipeline, which connects the Refinor refinery with YPFB Transporte’s Pocitos station to the 24,000b/d Guillermo Elder Bell refinery in Santa Cruz.

In the medium and long term, the ministry proposes importing crude through the western department of La Paz with the construction of a pipeline from Ilo port in Peru.

The 50,000b/d duct would connect with the Sica Sica pumping station to supply oil to the Gualberto Villarroel refinery via the PCOLP II multipurpose pipeline.

The ministry attributes idle capacity of Bolivia’s refineries – which reached 33% in 2019 - to lack of exploration investment and the decline of fields coupled with reduced production of condensate.

The Bolivian government is also looking to step up efforts to incorporate biofuels, by tapping the country’s feedstock resources.

Minister Molina: Bolivia has no problems sending gas to Brazil, we seek to improve the price