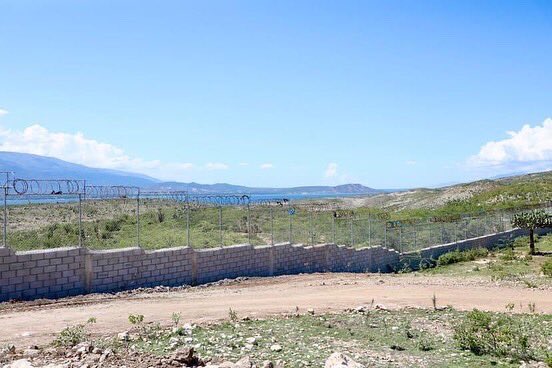 A 1.75bn-peso (US$32mn) wall that the Dominican Republic is building along part of its border with Haiti should be completed in the second quarter of 2024.

Dominican President Luis Abinader made the announcement on Sunday while touring the construction site in the municipalities of Dajabón and Elías Piña.

This project has been split into three stages, the first of which includes constructing 54km of the wall, plus 19 surveillance towers and 10 access areas, along with roads on both sides of the border to allow better surveillance of the frontier where the majority of the Haitian population lives. This is expected to be concluded next year.

The second involves building another 112km and the third entails equipping the wall with surveillance technology.

When completed, the wall will stretch for around 170km of the 392km border.

“The first stage will be ready during the second half of next year. The 112-km section is currently being tendered out and should be awarded next month. The important thing is that the funds are available. The second stage is included in the budget for next year, and I would say that the last technological stage would be ready for the second quarter trimester of 2024,” Abinader was quoted as saying by Diario Libre.

Abinader’s administration began building the wall in February to control migration and combat the smuggling of drugs, arms and other goods.

The Dominican Republic is focused on the US$3bn Pedernales project, including a new airport, while Jamaica is planning a new luxury resort.

President Luis Abinader headed the 25th Council of Ministers this Sunday, where he highlighted the investment of more than 2.7 billion pesos in inf...

Why the Dominican cement producer association retains a positive outlook

Other projects in: Infrastructure (Dominican Republic)

Other companies in: Infrastructure (Dominican Republic)