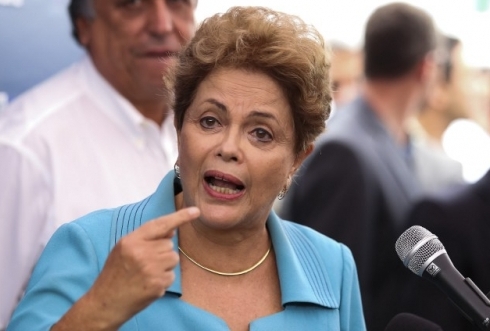 Brazil's lower house on Sunday voted in favor of impeaching Rousseff, sending the motion against her to the senate for approval.

"Potential investors have been worried because they're unsure about what will happen, but now there's the prospect of change," said Thaís Prandini, the executive director of São Paulo-based consultancy Thymos Energia.

"Any change is going to bring an improvement and help make Brazil attractive again for investors."

There were signs of improved business sentiment last week when the government awarded 14 of 24 concessions to build and operate power lines and substations - the best result at a Brazilian power transmission auction since 2013.

Rousseff has drawn scorn from investors in Brazil's electric power sector for her anti-business policies.

In 2012 she signed off on a law forcing generators and transmission operators to accept new concession terms that slashed electricity tariffs by 20%.

Only state-run power group Eletrobras agreed to the conditions and the company has since racked up debts exceeding 25bn reais (US$7bn).

In an effort to keep her rate-reduction pledge, Rousseff pumped billions of reais into subsidies and compensation packages, a policy that abruptly ended last year when public funds ran dry and tariffs rose by more than 50%.

If the senate votes to oust Rousseff, she could be replaced by her deputy Michel Temer as soon as next month.

That would mean energy minister Eduardo Braga, who has been a vocal critic of the impeachment process, could be among the first to lose his job in a likely cabinet reshuffle.

There will also be question marks over the future of Eletrobras CEO Jose da Costa Neto, who was nominated for the role by Rousseff in 2011.