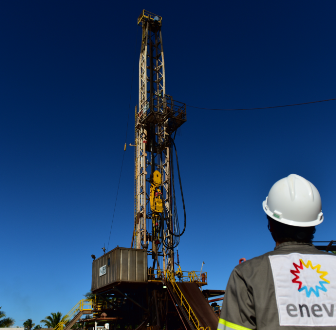 The Anebá discovery of Brazil’s Eneva could produce between 10,000b/d and 20,000b/d of oil and 1-3Mm3/d (million cubic meters per day) of natural gas, company executives told an investors webcast on Monday.

If the project moves forward, it will be the first in the Amazonas basin to commercially produce oil.

Located in exploration block AM-T-84, the discovery is 50km from Eneva’s Azulão field, which supplies gas to the Jaguatirica II thermoelectric plant in Roraima state.

Recent certification reports have shown an 80% growth in Azulão’s proven natural gas and oil reserves, which are now estimated at 10.5Bm3 and 5.9Mb.

The Azulão-Jaguatirica reservoir-to-wire (R2W) project replicates Eneva’s previous experience in the Parnaíba basin, in Maranhão state, where it has four gas-fired thermal plants fueled by its onshore fields in the region.

In the first quarter, Eneva advanced the construction of its Parnaíba V plant and began preparing the work site for the Parnaíba VI unit. The projects are scheduled to come online in the third quarter of 2022 and the fourth quarter of 2024, respectively.

The company is also in talks about acquiring Petrobras' Bahia onshore hub, in partnership with PetroRecôncavo. The consortium offered US$1.4bn for the fields.

Meanwhile, Eneva is building the Futura 1 PV solar park in Bahia state. With installed capacity of 870MWp, the undertaking is planned to start commercial operations in the fourth quarter.

Brazil's national oil company launched a tender for contracting a platform to carry out online tests for its employees.

Bids are expected to be received in July and production is due to begin in 2028.