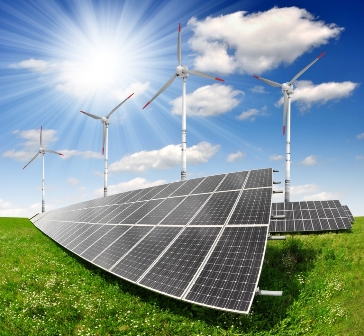 The administration of Chilean President Gabriel Boric plans to give the State a “more active role” in the country’s green hydrogen industry but without stepping on the toes of the private sector, energy minister Claudio Huepe said.

Chile is in the early stages of developing a green hydrogen and green hydrogen derivatives sector geared to supplying both the domestic and export markets. The country, thanks to its abundance of renewable energy resources, holds much potential as a low-cost producer.

On the strategy – linked to a drive to build a wider industrial ecosystem around the zero-emissions fuel and help ensure the whole of society enjoys the benefits of the energy transition – Huepe said: “This does not mean we want to take over the activities that are normally part of private sector development.

“We believe in the strong role of the private sector, but we believe also that the State can play a much stronger role in articulating, coordinating the necessary actions in order for this industrial development to actually happen – and also to be sustainable.”

Roles of the State include helping stimulate demand, establishing a regulatory framework, and helping de-risk projects, Huepe told a hydrogen seminar hosted by US think tank the Inter-American Dialogue, citing the importance to public-private collaboration.

The role of collaboration and partnerships – particularly in the initial phases – was echoed by Luis Sarrás, green hydrogen chief at US energy firm AES Corporation.

“It’s collaboration at the beginning, on an open basis with everybody – communities, government, other industries, et cetera,” Sarrás said. He added that grid connection costs and logistics and permitting constituted potential bottlenecks – given green hydrogen is an emerging industry – and that projects should support skills development and employment.

Meanwhile, investment in midstream infrastructure via state oil firm Enap was discussed. “We think the national company can invest in some infrastructure that will be used by more than one project, to also simplify, make it easier – reduce transaction costs – so that these projects can be developed on their own, reducing part of the risk,” Huepe said.

Chile has a green hydrogen strategy in place and an associated roadmap is expected to be ready by early 2023. Goals under the strategy – presented in 2020 by the previous administration – include having 5GW of electrolysis capacity under development by 2025 and producing the most cost-efficient green hydrogen by 2030.

The government is also working on the creation of a national development bank to support the projects as well as associated ventures, such as component manufacturers.

In terms of policy, a key objective will be establishing ways of certifying the origin and type of hydrogen or derivative product, said Hans Kulenkampff, founder of hydrogen association H2 Chile and Latin American director of sustainable energy and transport consultancy Hinicio.

Territorial plans and infrastructure-sharing planning – along with working with local communities – is also vital, the conference was told.

Kulenkampff added a potential challenge over the coming years for Latin America was importing the requisite equipment: “There’s going to be a pull from other markets – Asia, Europe, the US, now with US$8bn [US funding for clean hydrogen hubs] in subsidies.”

AES has green hydrogen projects on the drawing board in the bulk of markets where the firm currently operates, with Sarrás giving as examples Chile, Colombia, Brazil and Mexico.

French player TotalEnergies also has hydrogen in its crosshairs, initially to help decarbonize its refining activities, the conference was told. The company is working to achieve net zero emissions by 2050.

In Latin America, a focus is on developing wind-powered facilities in Chile, Uruguay and Argentina.

In southern Chile, local unit Total Eren has secured land for a green hydrogen production facility, in the conceptual engineering phase. In Uruguay, TotalEnergies is eyeing an upcoming auction of offshore wind-to-hydrogen production blocks while in Argentina the company signed an MOU with southern hydrocarbons-rich province Tierra del Fuego, where the company already produces natural gas.

“Beyond this … we’re looking at other opportunities; we’re scouting either existing projects or looking at originating projects from scratch, not only in wind but also in solar and blue hydrogen, because in some countries the gas resources are very abundant …” said Mansur Zhakupov, hydrogen VP at TotalEnergies.

Large-scale project development in Latin America – spurred by policy drives in key markets such as Europe and Asia – is now “around the corner,” the seminar was told.  “The private sector is there; we now understand the gaps and now we’re working to solve the gaps with the public sector,” said Kulenkampff. Given the often-lengthy permitting periods, time is of the essence, delegates were told.

Sarrás said only by driving forward projects would developers understand the roles of each stakeholder, and constraints, in each market. He added that coordinating supply with local and international demand was vital.

In compliance with the mandate contained in the Gas Services Law, the National Energy Commission (CNE) announced the results of the sixth profitabi...

Chile: Ministry of Finance promoted meetings on the challenges of green finance within the framework of COP27

Chile: Government presents committee of experts for a regulatory improvement in the natural gas market