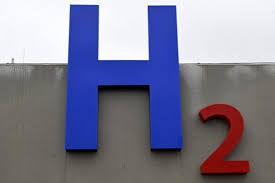 Desalination and wastewater treatment will gain importance in the green hydrogen (H2G) generation market, as conflicts arise over the use of freshwater, according to Eduardo Pedroza, the Brazilian representative of Latin American desalination and water reuse association Aladyr.

Most H2G is generated through electrolysis, a process that requires 15kg of water to produce 1kg of hydrogen, which can only be considered green hydrogen if the process uses renewable power sources, Pedroza said during Aladyr's international conference in Chilean capital Santiago.

“It is clear that green hydrogen production won’t be sustainable without a renewable water source. I can extract water to generate energy, but that would be a problem for the population that needs that water. Therefore, for this to be sustainable, an alternative [water] source is needed,” he said.

He underlined that desalination and wastewater reuse will have a key role in supplying this water, while the latter could also serve as a new source of H2G generation front via biomethane.

This process would entail capturing the gas from wastewater and then splitting the methane molecule (CH4) into carbon dioxide (CO2) and hydrogen (H2).

However, Pedroza said that this would be less efficient than traditional electrolysis, as it would require 35kg of water to produce 1kg of hydrogen.

While Pedroza pointed out the great potential of wastewater reuse for Latin America, this process has been slow in Chile due to the lack of regulation and disputes over who holds usage rights to treated water.

Pedroza pointed to the example of Brazil, where water is considered a public asset and therefore no one has ownership rights, but if an industrial company wants to reuse wastewater, it can obtain authorization to do that.

The draft of the new constitution rejected by Chilean voters in September would have replaced water usage rights with usage authorizations, doing away with property rights.

Regardless of the legal differences in water use, Pedroza said that Latin America will have to eventually sort out a framework for wastewater reuse as pressures rise on water availability.