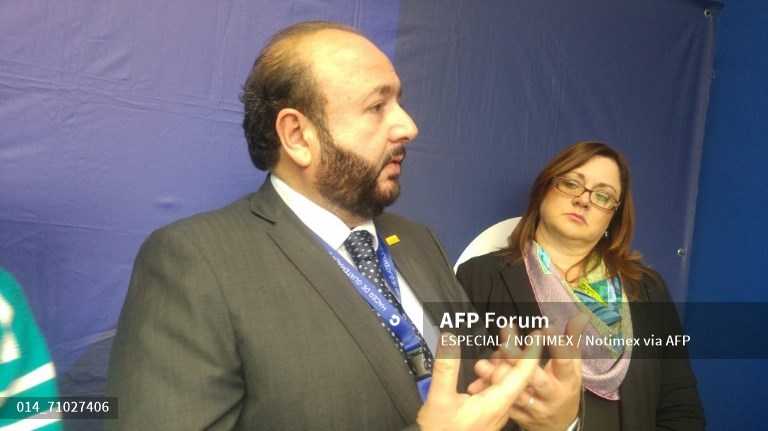 Guatemala is determined to become a regional example of competitiveness by 2030 with significant improvements to its infrastructure, laws and investment environment.

“It caught our attention that the drop in infrastructure in the last 10-12 years, it’s gone down and down,” said host Juan Carlos Paíz, president of private sector foundation Fundesa. “We have a law in congress, it hasn’t moved, there’s no political will in the legislative to pass it and the executive doesn’t put pressure and that model needs to change so Guatemala has an opportunity to improve that infrastructure indicator.”

Paiz believes that Guatemala has opportunities to double or triple the amount of investment it currently enjoys. Over the past three years, foreign direct investment in Guatemala has been on a downward trend with US$1.17bn in 2017, US$1bn in 2018 and US$988m in 2019.

The main sources of foreign investment are the US, Mexico, Colombia and Luxembourg, in sectors including commerce, banking and insurance, telecommunications and electricity.

Infrastructure minister Josué Lemus said the government has been working on inter-institutional models to cut through bureaucracy and speed up projects. By integrating units from the environmental ministry and the presidency’s planning program into road planning, license waiting time had been cut from six-seven months to 30 days, he said. 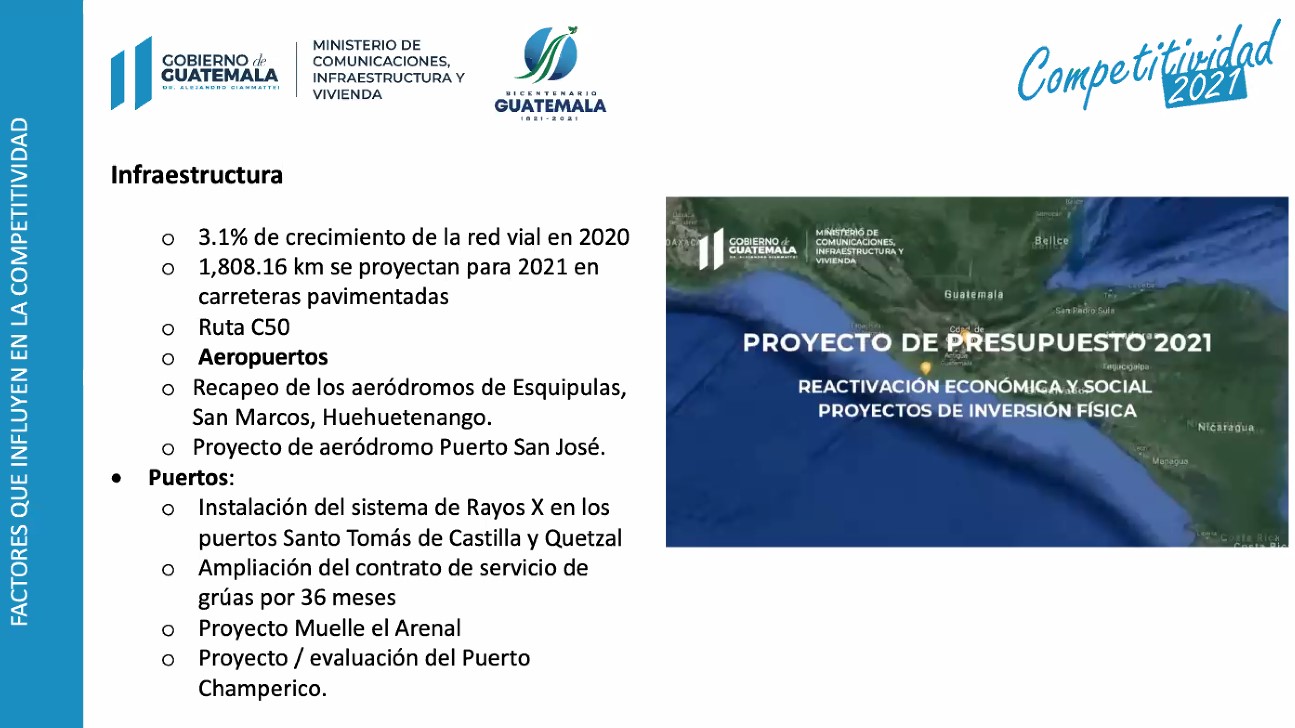 "The planning is almost finished to begin the construction this year of the regional ring road and route C-50," Lemus said. "In terms of airports we have improved the airport network. In 2020 we worked on the airports in Esquipulas, San Marcos and Huehuetenango and we hope to work on Quiché and Alta Verapaz."

C-50 will take freight traffic going north-south off the roads of Guatemala City and route C-100 will improve road infrastructure from Puerto San José to Escuintla and onto the east and west of the country. It will consist of 407km of four-lane highway and work is expected to begin this year.

Relieving traffic congestion in the capital is also a priority of the metropolitan express route. It will be 14km of road split into three segments, joining the north and south of Guatemala City. The aim is to improve access to the historic center as well as adding five public transportation stops benefiting 700,000 people.

At a regional level, the infrastructure ministry’s aim is especially to improve tourism and agriculture. 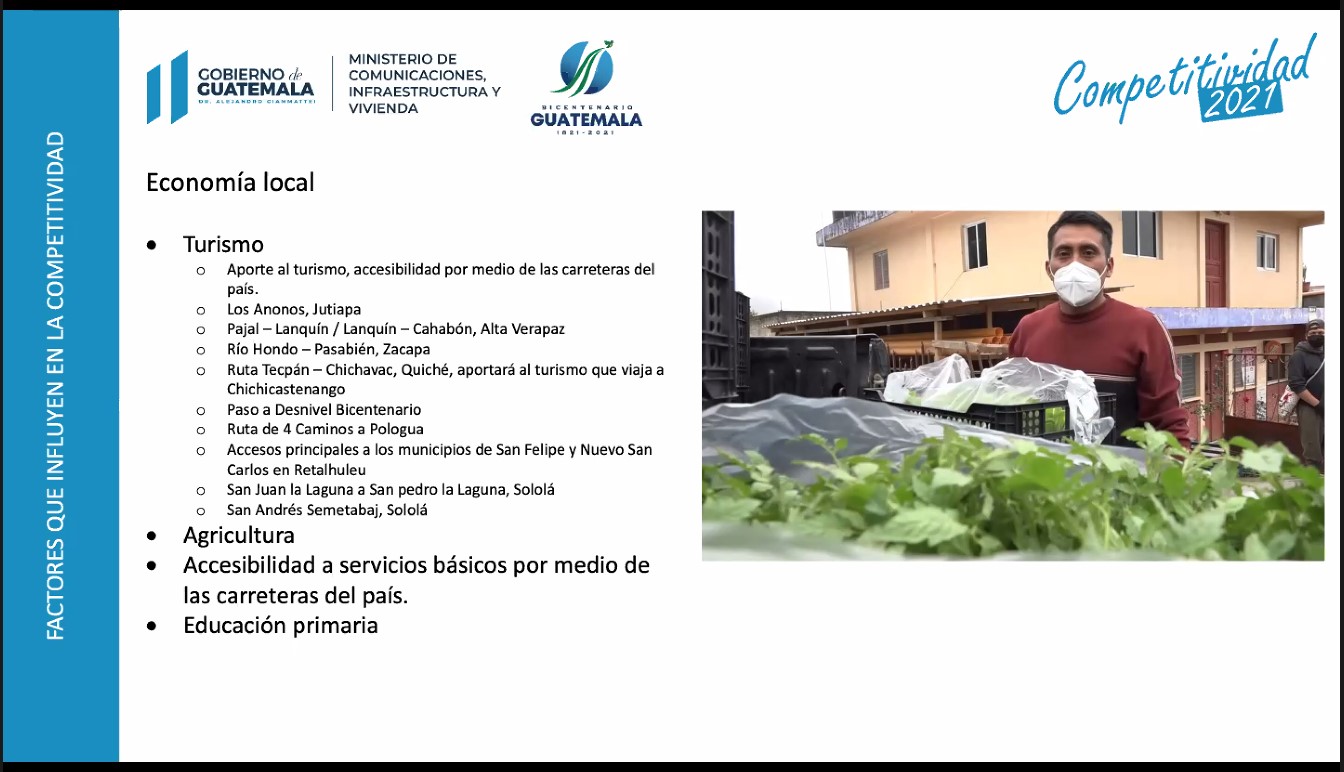 Finally, Lemus said the ministry is evaluating the construction of a port at Champerico.

Malouf underscored the southern port network as a multimodal solution to generating employment and increasing investment and exports. He suggested that companies already in Guatemala could invest up to US$5.5bn more in sectors such as clothing, agriculture, food and beverage, and chemical production. Nearshoring would add a further US$300mn to foreign direct investment, the minister said.

Malouf called on politicians to secure the legal requirements to guarantee economic recovery.

“It is fundamental and relevant to increase the competitiveness of the country like the bill on free trade zones, the competition bill, bankruptcy bill and the bill on road infrastructure, taking into account that we already have the leasing law approved thanks to an inter-institutional effort,” said Malouf.

PPPs set to take off in three countries next year

Major PPP advances were made in 2021 by Panama, Guatemala and the Dominican Republic, while even more projects and related decisions are expected f...

Guatemala triples the FDI goal established for the year 2021

This Tuesday, representatives of PRONACOM indicated that as of November 2021 the accumulated amount in attraction of Foreign Direct Investment -IED...

Guatemala construction chamber expects 2021 to be a record year

Want to read more information about Guatemala betting on infra to improve competitiveness?