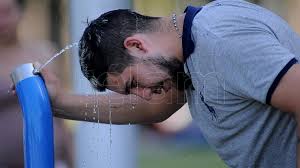 Argentina’s problem of lacking water infrastructure investment was exposed by last week’s heatwave, which pushed demand to the point of systemic collapse for both energy generation and water supply.

For provincial lawmaker Mario Vadillo, from the independent Ciudadanos por Mendoza party, it is not a problem of financing but rather of failed planning by the provincial government.

“In general, over the last 10 years, what has been prioritized in Mendoza are ornamental works, which have a social impact on a visual level, such as new routes or parks, and therefore attract voters,” Vadillo told BNamericas.

Water pipeline and sewer network works, which cause road and service disruptions, and have the potential of angering voters, tend to be left out of the local government’s planning, according to Vadillo.

As a result, Mendoza has a water infrastructure that is 50 years old, and tariffs are only covering the maintenance costs, he said.

“If you compare it to a car, it’s like spending only on tinted glasses instead of oil changes,” Vadillo said, adding that this situation has resulted in a distribution network with losses equivalent to 40% of potable water production.

“What we thought we could postpone, now has become something we can’t postpone.”

The lack of water will soon make energy projects such as the Portezuelo del Viento hydro dam unfeasible, according to the lawmaker, who wants to use that project’s US$1bn funding to overhaul Mendoza’s water infrastructure, as the Río Grande river, which is meant to supply the dam, is in a “critical state.”

Mendoza’s water infrastructure problems can be found in other provinces across the country, according to Vadillo. The lack of investment is also impairing the agriculture sector’s irrigation capacity, something that is only set to get worse due to climate change, he added.

Argentina’s public infra spending picks up, but can it keep pace?

The federal government’s net direct investment grew 63% in the first half, mainly pushed by expenditures on roadworks and water projects, but spend...

The US$60mn contract involves building 13.5km of aqueducts, plus 2.9km of secondary pipelines and increasing the capacity of pumping stations.

Other projects in: Water & Waste (Argentina)

Other companies in: Water & Waste (Argentina)