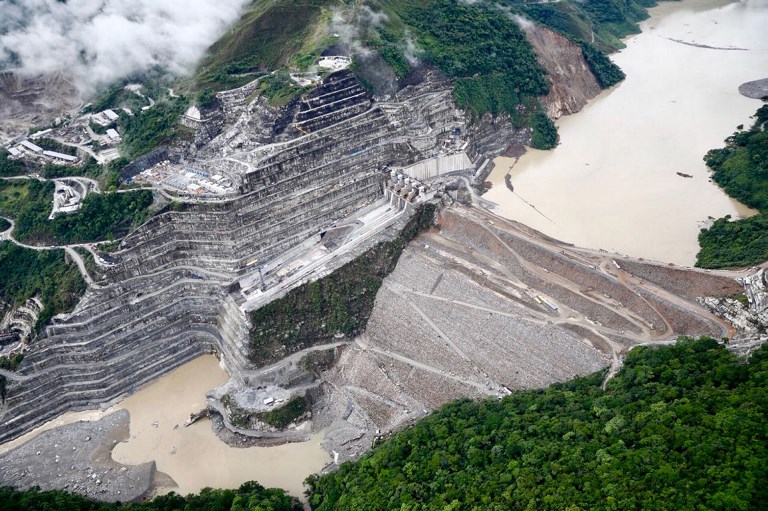 Empresas Públicas de Medellín (EPM) has completed the closure of a second floodgate that allows water to access the turbine rooms of its beleaguered Hidroituango dam project, the company said on Tuesday.

The operation, initially planned for late February, was brought forward to allay the threat of mass flooding to communities downstream from the project on the Cauca river.

"The decision was made after evaluating several factors and considering the recommendations of internal and external experts," EPM chief executive Jorge Londoño told a news conference.

"A period of monitoring different variables will now begin, including the behavior of the flow of water that enters the reservoir as well as the stability of the power house structure and the rock massif."

EPM shut the facility's only other floodgate last month, considered a crucial step in the company's efforts to save the project. The gates were opened last May to prevent the dam from bursting its banks following construction problems.

Londoño said the second gate's closure would significantly reduce the river's water level for around three days. More than 700 people were hired to help rescue fish between the towns of Puerto Valdivia and La Mojana, he added.

"We reiterate that ... the first priority is the protection of people's lives and the environment," Londoño said. "We are sparing no effort and we will not give up hope."

Located around 170km northeast of Medellín, Hidroituango is Colombia's largest infrastructure project in investment terms, budgeted at US$4bn before the construction problems began.

The 2.4GW facility is slated to supply over 17% of Colombia's electricity when fully operational.

EPM has said the plant's operational startup will be postponed by at least three years to December 2021 in a best-case scenario.

The companies launch an investment platform that will develop solar generation and energy efficiency projects for companies.

Nexans: Chile is the example to follow in the energy transition of the Andean region

How Isagén is making headway in Colombia's clean energy race