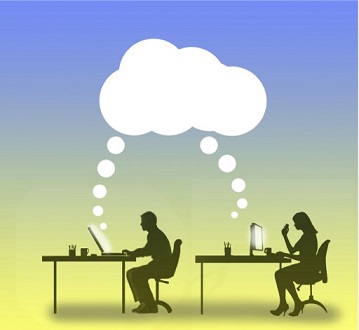 The IT services multilatina Tivit is “moderately optimistic” about rising post-pandemic demand for digitization in its main Latin American markets.

The Brazil-based group, which became multinational following the merger with Chile's Synapsis in 2014, does not reveal concrete figures, but “dozens of millions of reais” will go to capacity maintenance and expansion for its 10 datacenters in the region, according to the executive.

The company aims for another double-digit revenue growth this year.

“There will be an important demand from some sectors for more technology for teleworking, cybersecurity, digital workplace and application modernization. Our target remains growing double-digits in both new sales and in revenues,” Covalschi said.

“We have significant investments in datacenters and infrastructure that we make every year and they are also all maintained. Obviously, with a more careful analysis,” he added.

With an expansion rate of around 40% and leveraged mainly by digitization and IoT projects, Tivit has grown the most in Peru, at least until April.

The Colombian market, driven by application transformation projects in the banking sector, and Chile’s, with emphasis on retail, finance and utilities, have also grown at double digits.

According to Covalschi, Tivit’s advantage is that it sells IT services rather than software or hardware, which often decline during crises.

The company also has in its portfolio large customers that use a lot of infrastructure hosted in its datacenters, as well as cloud services offered through Amazon Web Services, Microsoft Azure and Google Cloud.

To date, Tivit has not seen a reduction in projects or review of contracts, rather requests for more capacity usage in the datacenters and the public cloud were made, Covalschi said.

“There were a lot of companies that had digital workplaces, collaborative tools, email services all rooted on their own servers. Now there is a lot of movement to the cloud, because it facilitates working remotely. Coupled with that is making this remote environment safe, and so we are also receiving a lot of requests in this cybersecurity regard.”

Among the main segments driving demand are financial services and retailers, as well as e-commerce, while clients from productive sectors, such as construction, have been hit hard, according to Covalschi.

After the pandemic, Covalschi believes “the pendulum will return a little, though not so much,” referring to telework, among others.

He also projects harsh cost restrictions, for travel and related work displacements, due to the need to increase efficiency.

“There will be fragmentation. Some sectors will grow much more than others. But the financial and retail segments are investing a lot and there is a very strong digitization and virtualization movement in place.”

Tivit, the executive said, has readied plans to return to activity on a country-by-country basis. It is just waiting for governments to lift any restrictions.

In any case, he sees a gradual return to office, with the implementation of working shifts and a maximum percentage of employees allowed in the offices, all based on public health guidelines.

With a total investment of R$1.5 billion, the new facilities mark the company's entry into Colombia and the increase in supply in Chile and Brazil,...

Colombia: Strengthening e-commerce, a four-year priority for the ICT ministry