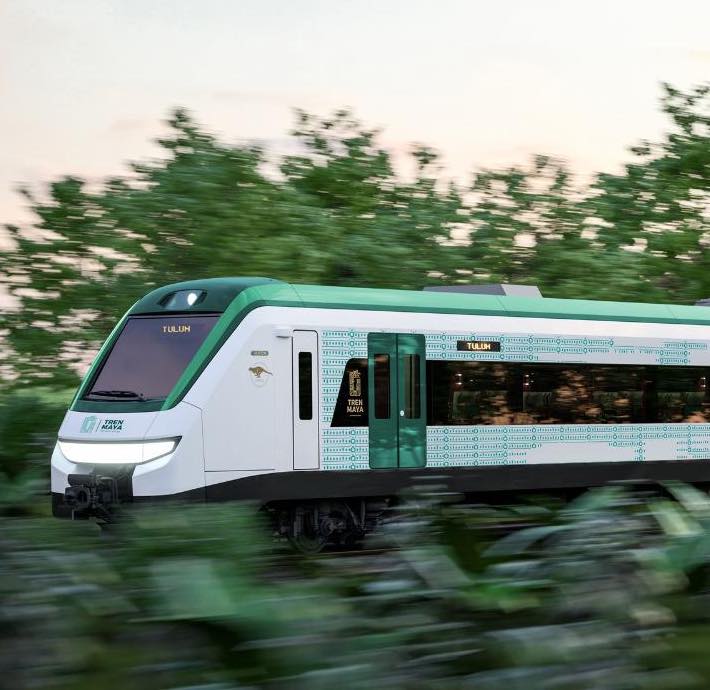 The 690km of Mexico’s 1,554km Maya tourist train that will be electrified in Yucatán and Quintana Roo states will help power up part of the Yucatán Peninsula through 53 ongoing projects, according to the head of national tourism board Fonatur, Javier May Rodríguez.

The works involve 43 substations and 10 transmission lines, the director of Fonatur, which is overseeing the project, said during a public event in Yucatán on Friday.

“With these works, the power supply capacity in the Yucatán Peninsula will increase 150% [sic], going from 3,000MW in 2022 to 4,521MW in 2024,” May Rodríguez said, adding that, once completed, federal power utility CFE’s supply capacity will be 42% greater than electricity demand. The Maya train will require 2,642MW to run, the official added.

Electrification works to supply power to the Mérida-Cancún stretch of the line between Yucatán and Quintana Roo states began in January at an estimated cost of 1.54bn pesos (US$73.7mn). Project details can be read here.

Fonatur announced in mid-2020 that 44% of the route – connecting five states in Mexico’s southeast – would be electrified, including sections from Mérida to Cancún and Cancún to Chetumal, though details of the electrification costs or timeline for the Cancún-Chetumal section have not been released. 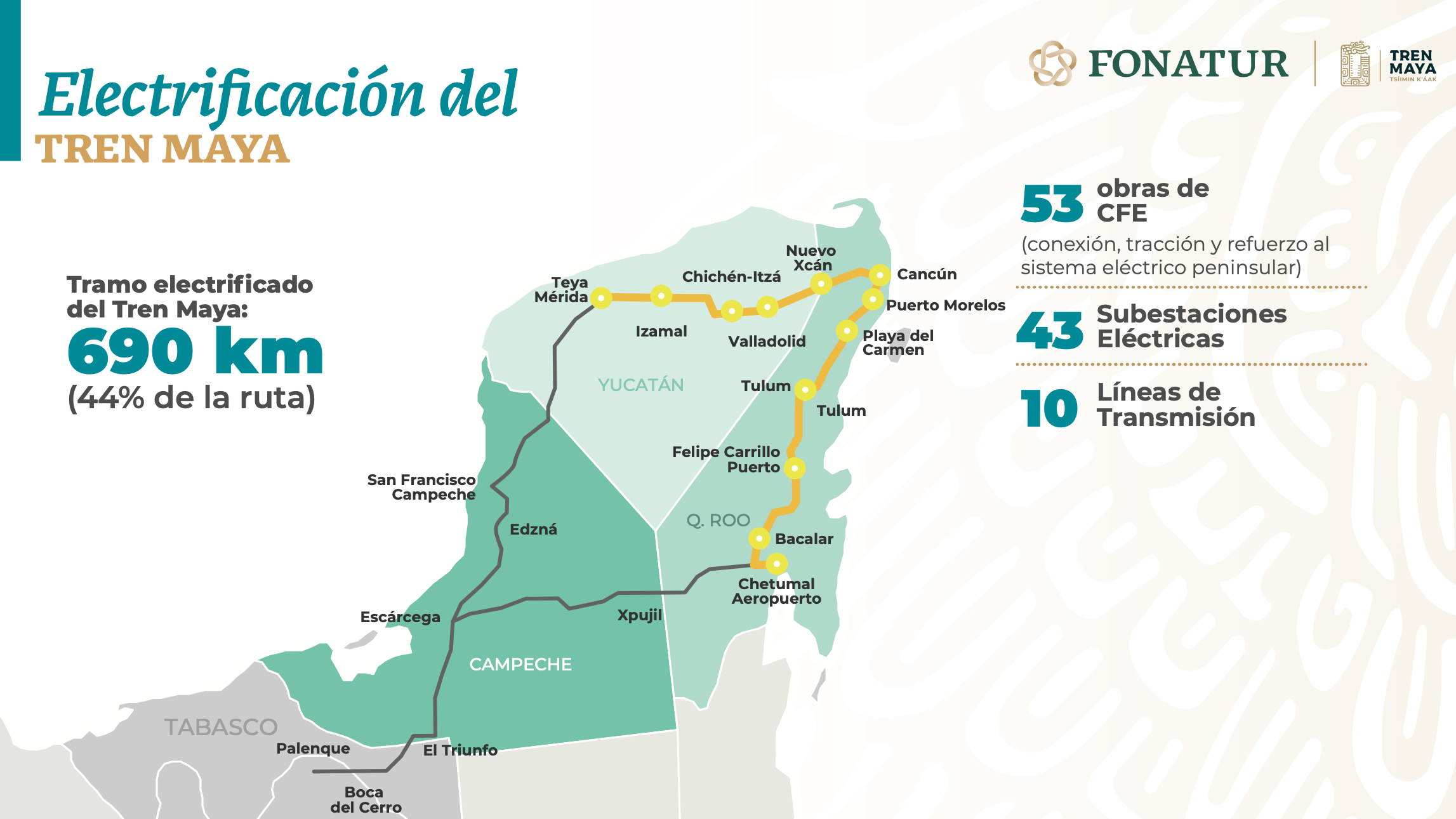 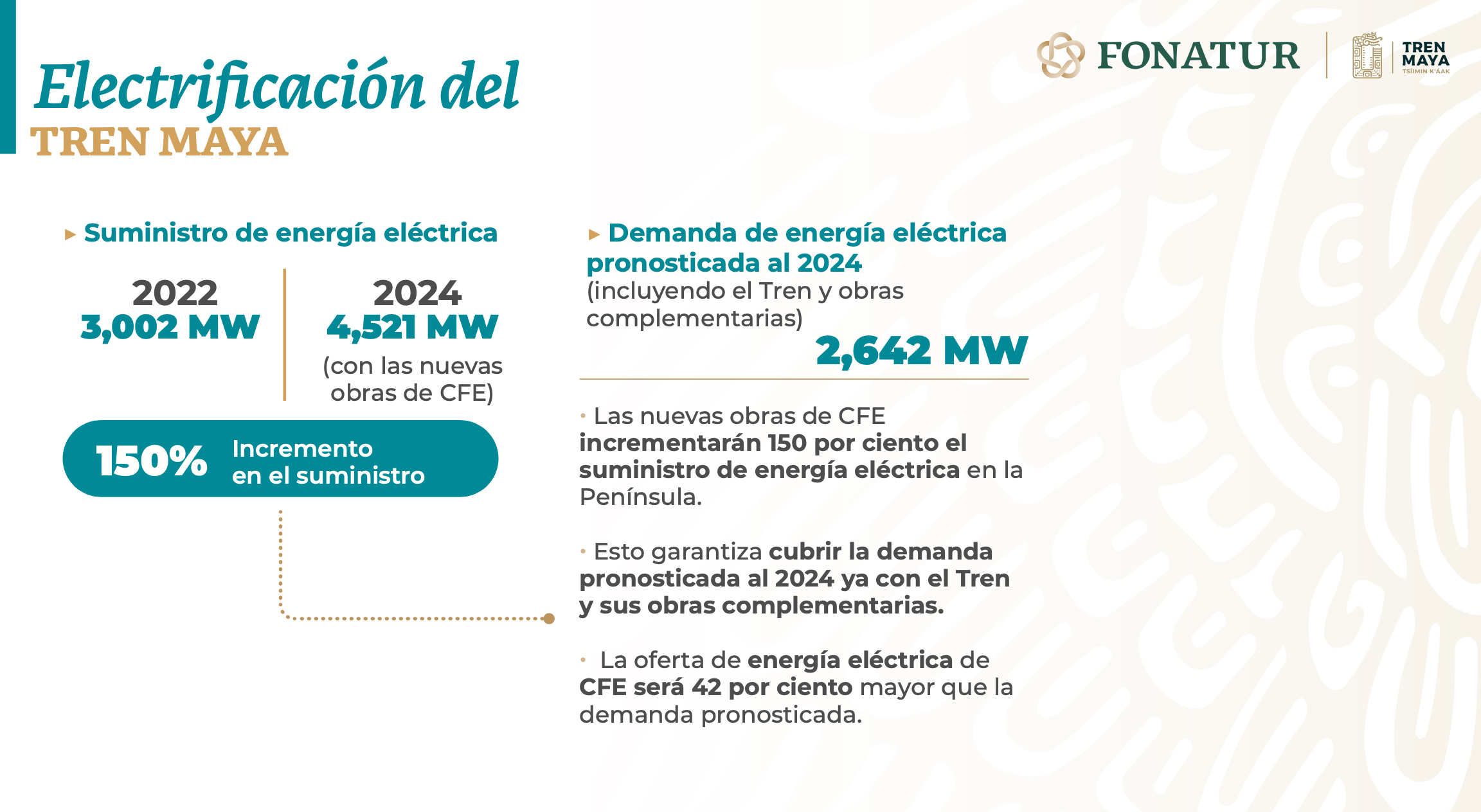 They involve the third aqueduct to serve the city of Querétaro and the Tunal II dam in Durango state.

Want to read more information about Maya train to power up Yucatán Peninsula through 53 works?