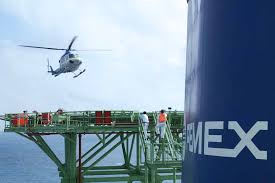 Mexican NOC Pemex will require an additional US$8-9bn in economic support from the federal government this year after receiving about US$14bn in 2020, said Bank of America (BofA) in a recent analysis.

The company is struggling to free up capital, pay its tax obligations, raise production and service its massive debt.

“We believe the company’s business model is unsustainable in the long term,” wrote BofA in the report. “We don’t see a catalyst for meaningful change in the next year, and certainly not before the mid-term elections are held in June 2021.”

The bank said that even with higher oil prices this year, Pemex has yet to recover from oil production lost during the peak months of the pandemic lockdowns, when it voluntarily reduced its output under an OPEC+ agreement to 1.681Mb/d in May in June 2020 from 1.781Mb/d in March.

The support, said the US bank in a note, would consist of capital increases and tax cuts, where the latter would be the simplest to execute.

BoA said this likely meant a reduction of 5 percentage points in Pemex’s profit-sharing tax (DUC), which would result in fiscal savings of about US$1.5bn. The government lowered the DUC to 58% from 65% in 2020.

"We hope that additional resources will be provided as needed, although the Mexican government has run out of 'emergency funds', essentially trusts established for other purposes where the funds have been used primarily for Pemex,” said the bank.

Here, BoA referred to the legislature’s controversial action in October to eliminate 109 public trusts to free up around 68.5bn pesos – about a third of those dedicated to science and research while others were long-term autonomous trusts dedicated to a variety of purposes including protecting victims of violence, emergency funds for natural disasters and the arts.

Pemex’s hedging program, which generated profits estimated between US$2bn and US$4bn in 2020, could help as well, said BoA.

“The Mexican government could also increase its own loans and channel them to Pemex in different formats, such as bond buybacks, asset purchases, capital injections or other similar transactions."

This year, Pemex has bond maturities of US$6bn, in addition to US$12bn to US$13bn in short-term bank loans.

Mexican oil services firm Protexa reported that the drilling of the Yaxché 44 shallow water well for Pemex has concluded, with the project completed in 30 days.

Work in shallow waters of the Gulf of Mexico began on December 19 and ended a month later, the company said in a statement.

"The drilling of this high-angle directional well, belonging to cluster 4, was carried out in four stages and at the end reached a depth of 4,370m," said Sergio Charles, director of strategic relations and communication at Protexa.

Among Protexa's recent drilling works: in December the Yaxché 61 well was successfully completed, the first “turnkey” project in which the company provided engineering, financing, a next-generation jack-up platform, as well as other complementary services such as boat rental and logistics.

New gas stations are under construction in the northern Mexican state of Tamaulipas, said private fuel retailer association Onexpo, with projects advancing despite the severe slowdown in permitting of new private stations since the start of the pandemic.

Onexpo identified six service stations on track to open this year, located in the Altamira area – a hub for hydrocarbon storage – and just north of the state’s border with Veracruz.

José Ángel García Elizondo, president of Onexpo’s energy policy committee, said in a statement on the group’s website that each station represents an average investment of 2mn pesos (US$100,000), but also that investments have been held up by costly delays in the permitting process.

García said that authorities, in efforts to protect workers from the COVID-19 threat, have been able to move slowly, closing offices for weeks at a time at energy regulator CRE and energy environmental agency ASEA.

“There are other projects that could start earlier, but they were affected by the closing of the offices of the regulatory bodies and whose return has been gradual, as well as the permits which are gradually coming out. We know that several projects were halted due to this situation,” said García.

In Tamaulipas, there are 556 current permits endorsed by the CRE, mainly concentrated in the regions with the largest populations, such as Nuevo Laredo, Matamoros, Reynosa, Ciudad Victoria and the metropolitan area of Tampico, Ciudad Madero and Altamira.

BNamericas takes a look at the region's hydrogen plans and its growing pilot project pipeline.