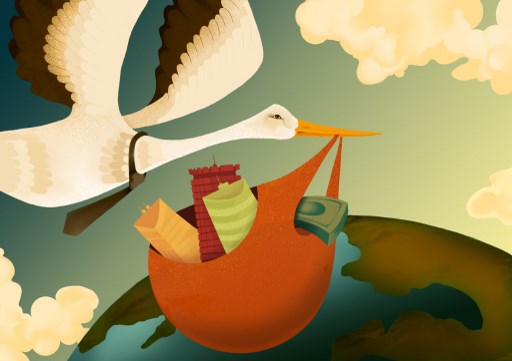 Mexican private equity funds looking to adapt to the post-lockdown economy are focused on getting investments back up and running, while working to spur investor interest in choice valuations, many of which need capital now to exit the crisis.

Arturo Saval, president of private equity fund Nexxus Capital, says the priorities in recent months have been clear: “The first is to face the emergency, the second is containment, the third is the preparation for re-opening and the fourth, the most challenging, is to understand what is going to happen with these companies and industries going forward.”

Saval said efforts to preserve jobs and maintain liquidity through the lockdown is mainly secured at this point, with attention largely moving to re-opening.

Private equity funds cannot assume that companies will survive the coming months just because they have been able to re-open their doors, he added.

“At this stage, we are seeing many of our businesses in the middle of partial openings in many cities, including Mexico City, where for example, you have restaurants set to 30% capacity and limited hours, and shopping centers closing at five in the afternoon,” Saval told Radio Anahuac in an interview.

Currently with some 20 investments and transactions in the pipeline, Nexxus is among the largest funds tied to Mexican private equity association Amexcap, a trade group of 120 members with total committed funds of US$60bn. About 54% of the funds have already been invested in projects and companies in sectors such as energy, infrastructure and real estate, among others.

The private equity industry in Mexico registered a compound annual growth rate of 15.6% between 2009 and 2019, and Nexxus has played a large role by bringing six of the 10 companies shepherded by local private equity firms to IPOs.

Though Saval has managed funds through many crises, he acknowledged that none have presented the same confluence of challenges and opportunities like the coronavirus pandemic.

“What is most important is to understand where each of the industries in which we are invested … are going, and the preparation of the company and the team for this new stage,” said Saval.

Private equity activity in Mexico has been weak all year, with research firm Transactional Track Record (TTR) registering only seven operations in the January-July period, down 36% from the same period of 2019.

However, the capital moved in those operations amounted to US$178mn, representing an increase of 164% year-on-year.

Cox Energy, a photovoltaic solar energy company, held its initial stock offering on July 8, which was held on Mexico’s more tech-focused stock exchange, the BIVA. It became the first IPO for the young exchange and the first IPO of any kind in the Mexican market since November 2017.

A second IPO looks to be in the wings, with the planned operation of Betterware, a housewares direct sales company with some 438,000 distributors and partners operating in Mexico.

“Is there capital available? Yes, but you have to be very wise when investing in supporting, expanding and unfortunately taking advantage of the opportunities coming with companies that were not able to manage their way through this [crisis] … And there are going to be many of these opportunities,” said Saval.

The need for a middle market

Amexcap’s new president, Eduardo Cortina, laid out the challenges faced by Mexico’s private equity industry on Wednesday at the opening of the trade group’s two-day annual gathering, which had been delayed since March by the pandemic.

“The challenge in the middle of an economic crisis is how to communicate that it is safe to invest,” said Cortina. “So we have to focus on attracting more local capital as an anchor for foreign investment and doing it now to detonate it and deploy it through investment funds so that they arrive to companies that need capital because many are solid, but lack liquidity.”

Amidst an environment with excess prudence and extreme focus on liquidity, Saval said it would be critical to move “in accordance with the modifications authorized by the [banking regulator CNBV] so that the banks can maintain these restructuring schemes.”

"For the sector to achieve a minimum critical mass we must reach 1% in new commitments, and that is what we would seek to achieve," Cortina was reported saying by local daily El Economista.

Other challenges include the need to develop stronger business activity at the country’s two stock exchanges, BMV and BIVA, and attract more capital, both local and foreign.

"The stock market has a long way to go, it needs more depth and for private capital it is a launch mechanism, that is why we have to promote a middle market," said Cortina.

In addition to the pandemic, Saval said private equity firms are also navigating the “noise” being generated from domestic policy interventions by the administration of President  Andrés Manuel López Obrador (AMLO).

The cancellation of major projects and regulatory pressure placed on the energy sector in recent months has exacerbated deteriorating investor confidence, but Saval, pointing to the Amexcap event, said the private equity community needs to accept the situation and move on, regardless of the business climate.

“The country is in a very difficult time. It is no secret. It is nothing new, but … being part of that group makes things happen, what we will see in this [Amexcap] event is: one, the attitude of wanting to do more by working, not complaining.”

The other, he said, is to accept that “no one is going to do it for us. Only we ourselves as Mexicans, as entrepreneurs and in particular as managers of private equity funds are going to make the country reactivate in the shortest possible time.”

AMLO digs in on energy policies, as economy minister quits

The Mexican president sought quell speculation over the state of the USMCA trade dispute upon the economy minister's resignation Thursday.