MINEM: Mass use of natural gas will reach homes in Arequipa, Ilo, Moquegua and Tacna 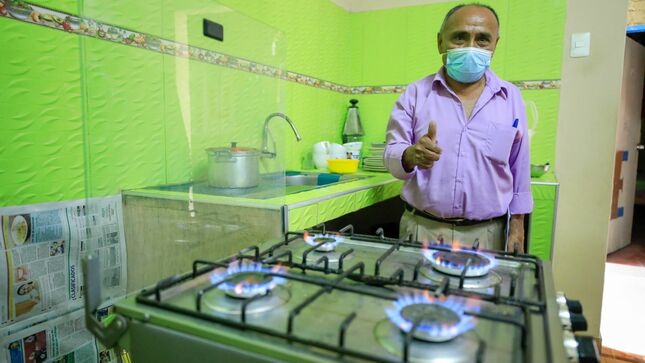 The Ministry of Energy and Mines (MINEM) announced the prompt implementation of the natural gas massification program for home use in the cities of Arequipa, Ilo, Moquegua and Tacna, which will allow more than 9,500 families in the southern regions to obtain facilities to have cheap, clean and safe energy in their homes.

The announcement was made during the presentation of the Minister Alessandra G. Herrera Jara and the Vice Minister of Hydrocarbons of the MINEM, Martín Dávila Pérez, before the Energy and Mines Commission of the Congress of the Republic to support the observations of the Executive to the autograph of the Law that establishes measures to promote the mass use of natural gas.

In his presentation, Deputy Minister Dávila reported that the Annual Promotions Program (PAP) of the Energy Social Inclusion Fund (FISE) has been updated to expand the BonoGas program, which finances home natural gas connections for the most vulnerable families. and it is applied in 7 regions of the country.

With this change, the MINEM will be able to sign an agreement with Petroperú, which operates the South West Natural Gas Concession for the cities of Arequipa, Ilo, Moquegua and Tacna, which will allow expanding the number of homes with access to natural gas, improving the quality of life of families.

Since its implementation in 2016, the BonoGas program has financed access to natural gas in more than 1 million homes, facilitating connections both in homes and in soup kitchens, schools, social support institutions, and also provides financing to Mypes and small businesses to have energy at low cost.

Before the congressmen, the MINEM authorities ratified that the massification of natural gas is a government policy that points towards the change of the energy matrix and the enhancement of a resource that the country possesses and that must be available to millions of Peruvians. , improving its economy and living standards.

Mandatory compliance directive in the company was approved by the Board of Directors and published in the official newspaper El Peruano.

Procurement is underway related to virtual reality, digital standards and ethical hacking, among other tenders.

MINEM: Regular and premium gasoline will be marketed from 2023

Petroperú maintains optimal and sustained production in Block I of Talara

Peru: MINEM visited 52 native communities in Lot 8 of Loreto for the second stage of the Prior Consultation process

Want to read more information about MINEM: Mass use of natural gas will reach homes in Arequipa, Ilo, Moquegua and Tacna?