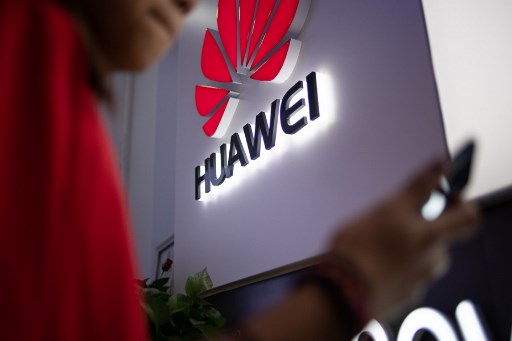 More Latin American operators have lined up against a possible ban on the use of equipment from Chinese supplier Huawei, which provides most of the radio equipment adopted by regional carriers.

In the last few days, Brazil’s Algar Telecom and TIM added their voices to opposition against a government-mandated ban on the Chinese company.

In March, a document issued by Brazil's institutional security office (GSI), headed by General Augusto Heleno and linked to the presidency, indicated that Huawei would be given the green light to sell 5G equipment in Brazil.

However, a final decision is yet to be made by President Jair Bolsonaro based on considerations provided by other public bodies. Bolsonaro has said that this decision cannot be solely “technical,” suggesting that a ban remains a possibility.

At an event on Friday and without citing Huawei by name, Algar Telecom chairman Luiz Alberto Garcia said that a “ban on 5G suppliers in Brazil would be a tremendous mistake.”

Garcia warned that taking Huawei out of the market would increase the costs of 5G deployment and would impact end users. The executive said he believes that "technical and cyber intelligence agencies to resolve doubts about possible technical problems, so that we can have as many suppliers as possible."

Similarly, TIM’s chief technology and innovations officer, Leonardo Capdville, said that from a technological point of view, “as an operator, what we want is access to a competitive environment and for the best technology to prevail.”

Speaking at the Teletime Tec event, Capdeville did not explicitly mention Huawei and stressed that it was not for TIM to become involved in political issues.

Last September, Mario Girasole, head of regulatory affairs at TIM, told reporters “I don't think it [a ban on Huawei] would be useful or technically possible. In my view, it would eventually open loopholes for improper government intervention in other areas."

Telefônica Brasil has already defended the presence of Huawei in the Brazilian market and attested to the security and reliability of the Chinese company's equipment.

“Huawei is one of the most advanced and technologically innovative companies in the telecoms industry. We have Huawei as a supplier and we comply with all security protocols that give us confidence in appropriate use of these systems,” Telefônica Brasil CEO Christian Gebara said during a conference held by local daily Valor earlier this month.

Present at Monday's online debate, Huawei’s global director of cybersecurity governance, Marcelo Motta, said that the accusations against the company are not new and are "unfounded", adding that no proof has been provided that the company has done anything irregular.

Motta said the company does not have any control over networks after they are acquired by telecom operators, since its actions are restricted purely to specific IT issues.

The comments by Huawei and telcos come in the wake of an increase in US pressure on some of its allies to ban Huawei networks.

The US ambassador to Brazil, Todd Chapman, recently said that the Trump administration can help finance Brazil's 5G network if it chooses equipment suppliers other than Huawei.

In a statement issued on Tuesday, Huawei said Brazil "has always had a market open to fair competition in the ICT sector, benefiting everyone in the ongoing digital transformation and efforts to move towards Industry 4.0, Agriculture 4.0, Health 4.0 and Smart City 4.0 in the country."

The company also wrote that thousands of journalists, academics and collaborators had visited Huawei's headquarters in Shenzhen (China) last year and "they know who Huawei is."

Huawei said that the "technology directors of Brazilian telecommunications operators know even more," adding that the company was a "partner of the operators in the launch of the first 3G, 4G and 4.5G networks in the country and helped build the first high-speed fiber optic network in the Amazon forest, which connects 20 cities and benefits almost 4 million people."

The company concluded by saying "it is committed to being in Brazil for Brazil."

BELT AND ROAD ON THE CHESSBOARD

In light of the Huawei situation and also considering China's wide-ranging Belt and Road Initiative, the US has signed MoUs with eight countries in the region on partnerships in the Growth America program: Brazil, Argentina, Chile, Colombia, El Salvador, Ecuador, Jamaica and Panama.

Despite the political pressures, no country in Latin America has yet banned Huawei.

Chile’s deputy trade minister, Rodrigo Yáñez Benítez, has already said that his country will not exclude Huawei from 5G networks.

In Argentina, the director of public relations for Huawei, Juan Bonora, told local paper Perfil that soon after the first US attack against Huawei in 2019, local telcos reached out for more information.

“Telecom called the other day, also Telefónica and Claro. The advantage in this business is that we talk one on one and we explained to them that in the provision of 5G networks we're 100% autonomous. We don't depend on the US,” Bonora was quoted as saying.

A senior executive of one of the three telcos reportedly added that “with Chinese companies, some financing is obtained for deployments in both mobile and fixed networks."

The issue of connectivity infrastructure was also addressed at the Teletime Tec event in which Motta and Capdeville participated.

According to Motta, prior to talking about a 5G auction, it is necessary expedite the rollout of infrastructure, such as facilitating deployments of antennas.

He also pointed out that Brazil has more than 2000 inhabitants per radio base (cell phone antenna), compared to 400 in China.

Meanwhile, Anatel's regulatory planning superintendent, Nilo Pasquali, said that the telecom regulator estimates 5G will generate impacts of as much as 129bn reais (US$25bn) in the Brazilian economy, but recognized that it is essential to continue advancing with the reduction of taxes and fees on equipment for the Internet of Things, which is the centerpiece of the 5G ecosystem.

Pasquali also said that Anatel is studying converting at least part of the premium to be paid for licenses in the 5G spectrum auction into network deployment commitments on the part of telcos, which would be the first time such a mechanism had been adopted in the country.

Finally, Pasquali said that net neutrality as it is considered in Brazil's Marco Civil da Internet framework might have to be interpreted in a less "absolute" way, as Europe may be willing to do with its own legislation, to make things like network virtualization, network slicing and new 5G business models feasible.

The telecom and energy equipment firm is bullish on the sales potential for photovoltaic solar energy to large farms and datacenter projects for co...