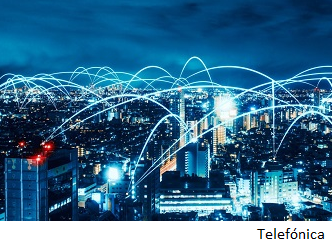 Telefónica's Mexican subsidiary has reached the milestone of 1mn Internet of Things (IoT) lines in the country.

That growth is being supported by the expansion of Movistar's LTE coverage nationwide, the company said in a statement.

Despite having opted to return its concession titles to the State and become a virtual operator, Movistar managed to improve its market position in terms of coverage, doing so thanks to having migrated its mobile services to AT&T's network.

“If we would have done it ourselves, regardless of the capex required, we would have taken about five and a half years to reach the same footprint,” Ana de Saracho, head of public affairs, regulation and wholesale at Telefónica México, previously told BNamericas.

Growth in IoT is also leveraged by the operator's Kite self-management connectivity platform.

Telefónica has 40mn IoT connections worldwide and its expansion is coming via technologies such as narrowband IoT (NB-IoT).

The company recently announced an agreement with satellite telecommunications operator Sateliot to develop a connectivity service with dual 5G NB-IoT technology, in which Sateliot's satellite network will be integrated with Telefónica's terrestrial networks.

According to data from market research and consultancy firm Mordor Intelligence, shared by Telefónica, IoT technologies are expected to grow by 10.5% per year in the coming years.

The figure was known in the third edition of the Digital Adoption Survey carried out by Movistar Empresas in Latin America.