Nearshoring set to boom in Mexico 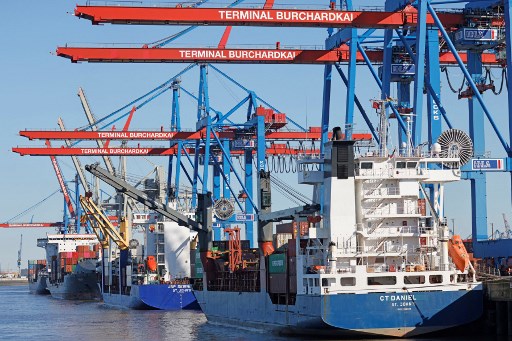 Nearshoring, the global trend of moving production and supply chains closer to home, is taking hold fast in Mexico.

And according to Luis Gonzalí, Franklin Templeton Mexico vice president and co-director of investments, nearshoring investment this year may even double that of 2021.

Gonzalí's comments come less than a week after Inter-American Development Bank (IDB) announced plans to inject between US$1.75bn and US$2.25bn in fostering the trend in Mexico.

Presenting an update on the Mexican economy Wednesday, Gonzalí said continued supply chain disruptions, especially from COVID-19 in China and the war in Ukraine, are accelerating the nearshoring trend.

Mexico has a skilled labor force and sophisticated manufacturing base, as well as proximity and free trade agreements with the US and Canada, making it an ideal target, he added.

According to the IDB press release, the nearshoring investment in Mexico will target "short- and long-term financing and mobilized resources for new industrial parks, investment in anchor companies (including relocation expenses) and for developing innovative mechanisms to finance small and midsize companies (SMEs) working in global supply chains.”

Nearshoring looks to transform global supply chains given that 40% of all goods traded in the world still pass through China in some stage of production, Gonzalí said. Fortunately, he added, “Mexico, the United States and Canada [comprise] a fairly well-oiled bloc, and the fact is that bringing your companies here, you make [production] much easier and much cheaper."

Looking to the rest of the region, IDB’s findings indicate nearshoring could add US$78bn annually in additional exports from Latin America and the Caribbean in the near and medium term. Mexico could see the biggest gains, adding US$35.3bn annually in exports of goods alone.

Speaking to BNamericas after the event, Gonzalí said that while hard numbers on nearshoring investment since 2020 have yet to emerge, “what we do have is the square meterage" of new nearshoring projects developed since 2020.

"What we can see is the square meterage growing rapidly," he said, pointing to the following graphic. 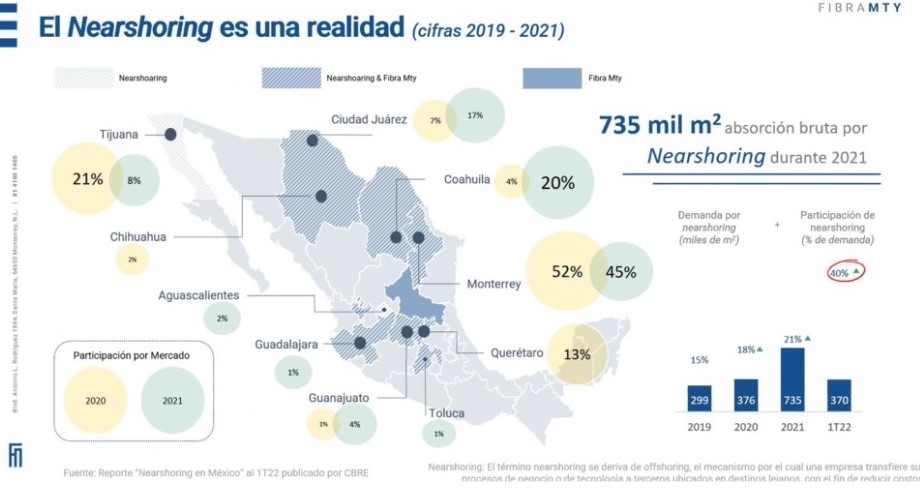 The graphic draws on a nearshoring report from investment and real estate group CBRE, indicating that the area occupied by new nearshoring projects in 2021 amounted to 735,000m2. And in this year’s first quarter alone another 370,000m2 has been added, “mostly by industrials,” he added.

Given this rate of expansion, said Gonzalí, the investment firm believes “2022 is going to be a record year in terms of companies coming to Mexico to set up their companies or factories to be able to serve North America without having to [navigate] supply chain problems."

What the reelection of Brazil’s congressional leaders means for Lula

Want to read more information about Nearshoring set to boom in Mexico?