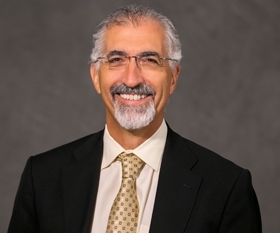 Endeavour Silver is investigating optical sorting technology to reduce costs at its El Cubo mine in Mexico.

Optical sorting uses lasers to identify and reject waste material from the conveyor before it enters the processing plant, offering a possible solution to dilution at the Guanajuato state mine caused by narrow veins, CEO Bradford Cooke told the European Gold Forum in Zurich, Switzerland.

While testing is at an early stage, optical sorting could be a game changer for El Cubo, Cooke said. In January, Endeavour announced plans to place the mine on care and maintenance at end-2016 due to lower silver prices.

If successful, it will be the first use of optical sorting in silver mining, the CEO added.

Initial lab results have been positive, helped by the high contrast between the reflective, fluorescent ore and dark, non-reflective waste material.

Endeavour has shipped ore to a facility in the US for testing, with results expected in the coming weeks. If successful, the company could install an optical sorting plant at the mine in Q3 at a cost of less than US$1mn, Cooke said.

"By year-end we are hopeful that we can have a new breakthrough in the cost curve for El Cubo," he added.

Endeavour has cut all-in sustaining costs at El Cubo from US$42/oz silver to US$18/oz since acquiring the mine in 2012.

Endeavour also has the Guanaceví and Bolañitos silver mines and the Terronera silver project in Mexico.

A surge in resource nationalism in Latin America is causing huge uncertainty for mining investors, with governments looking for a bigger slice of t...

LatAm gold mines on the path to decarbonization

Opportunities abound for agfintechs in Brazil