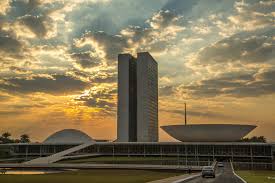 Brazil's lower house set up a special commission on Wednesday to discuss a personal data protection bill, the first step in moving towards a final vote on new legislation.

The commission will now consider the opinions of consumers, experts and companies before sending the text for the approval of the plenary, which is expected to take place by the first half of next year, the lower house news service reported.

One of the main challenges of the bill will be to balance the constitutional right to privacy with the needs of companies to store personal data, especially internet-based firms and multinationals. But the bill is aimed at creating general rules and guidelines for what public, government and private entities can and cannot do with any citizen's personal data, whether electronic or not.

Unlike countries such as Germany, Mexico and neighboring Argentina, Brazil still does not have a specific law on personal data protection, even though the topic has been discussed at length in recent years and a public consultation on the matter was held in early 2015.

In fact, the current bill is an update to a previous bill in consideration of the 1,100 comments received during the online consultation process.

The text states, for example, that access to personal data should be in line with specific and necessary purposes. It also sets rules for those responsible for collecting and processing data from third parties to ensure the right of citizens to the inviolability of their privacy and image.

Brazil is not alone in developing such legislation. In Latin America, Panama's national innovation authority (AIG) held a public consultation from July to August to discuss a personal data protection law.

Chile, meanwhile, is pushing for personal data protection as one of the pillars of its Agenda Digital 2020, announced last year.

Coincidentally, data protection and digital rights were at center stage in a panel this week at a major IT security event in São Paulo, where authorities complained about difficulties in obtaining data for official investigations.

"Electronic crimes are different to other crimes because of the volatility of the evidence. If I can't collect [information] quickly, I can lose it and this might damage my investigation. The citizen affected ends up being the victim," José Mariano, expert in IT security and intelligence at the civil police force said.

According to Brazil's internet bill of rights (Marco Civil da Internet), registration data (IP, name, etc.) can be requested by investigators for the identification of users or terminals, while the content of the communication can only be obtained via a judicial decision.

The bill also states that companies need to retain connection and application logs for a given period, in case they are needed for investigations.

The debate brought together the legal director of Uber Brasil, Ana Pellegrini; the global IT governance and information security manager at BRF Foods, Ricardo Castro; prosecutors; cybercrime intelligence investigators and police chiefs. All participants backed the need for a data protection law.

The recent bans on WhatsApp in Brazil, ordered by local judges after the company and its controller Facebook allegedly failed to cooperate with criminal investigations, were also mentioned. WhatsApp argued that it does not store the content of its users' delivered messages.

"Facebook recently changed its privacy policies to enable the sharing of information with WhatsApp. So they share users' information with each other, but not with authorities," said digital rights expert Rony Vainzof.

According to the innovation center of the Brookings Institute, the blocks led to US$116mn in losses and put Brazil in fifth place on list of countries that had adopted some sort of internet restriction in the last 12 months.

The ranking was headed by India and also includes Saudi Arabia, Iraq, Congo, Pakistan and Turkey.

What can Brazil learn from Mexico’s CoDi experience?

Expectations are high as Brazil is about to launch its PIX instant payment system. But one year on, Mexico's own experience shows that it might be ...

The national development bank opened an RFI as the government looks to move forward with the plan to sell the country's two largest public IT compa...

Argentina seen as the riskiest LatAm market for internet use