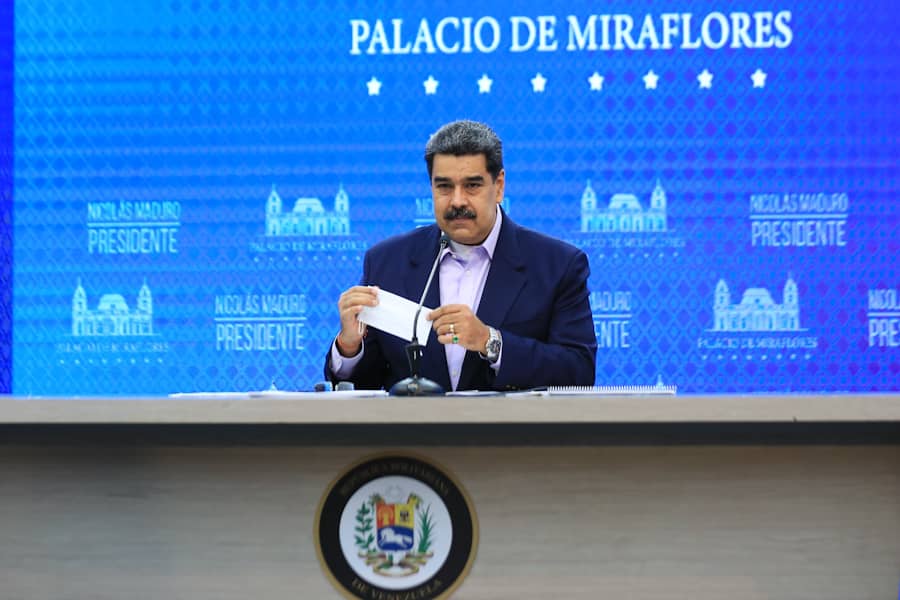 Caracas, May 30, 2020.- The President of the Bolivarian Republic of Venezuela, Nicolás Maduro announced that from June 1 all gas stations in the country will be opened, with a new price and participation scheme, within the framework of the new internal hydrocarbon policy.

"At this time more than 1500 service stations are being supplied, we have enough gasoline reserves to take this step, thanks to Iran and PDVSA workers," said the Head of State during a working day from the Palacio de Miraflores.

The National President informed about this new gasoline revaluation scheme, whose objective is to guarantee and provide such an important product that it will begin to be distributed in all the service stations in the country.

“We are going to 90 days to go to a regularization and return the project through the Homeland Platform, to guarantee the direct subsidy to the consumer. But until this is achieved, the objective is that all vehicles are in the Homeland System and we can provide a direct subsidy to the consumer, which is why from this Monday, June 1, we must normalize the supply of gasoline, "he said.

In this sense, he informed that the subsidized gasoline for the people of Venezuela will cost 5 thousand bolivars per liter and will have a participation of up to 120 liters per motor vehicle per month and in the case of motorcycles it will be up to 60 liters per month.

"Above that consumption, the international price will be charged, we will go through steps regularizing and normalizing towards this scheme," he added.

President Maduro announced that public cargo and passenger transport will have a 100 percent fuel subsidy for ninety days and a dialogue table will be established to be chaired by the Vice President of Public Services, Néstor Reverol, with the participation of the Minister of Transport, Hipólito Abreu and all those involved in the transport and cargo sector, to reach agreements that benefit the entire country.

"The measure seeks not to affect the passage of public transport and food transport and within 90 days, actions will be taken to allow a fair formula in public transport, with direct subsidy to the user, through the Carnet de la Homeland ”, indicated the First National President.

The Head of State reported under the new price and participation scheme, the activation of 200 stations in the national territory for the sale of gasoline at an international price of $ 0.5, where consumers will be able to pay in foreign currency and in Petros, for which various payment mechanisms will be established.

President Maduro asked the Venezuelan people for maximum understanding of these exceptional and necessary measures to normalize, amidst the tension of US imperialism, the difficult situation that the country has had to face as a result of all the attacks that seek to destroy peace and national harmony. .

During the transmission, the Sector Vice President of the Economic Area, Tareck El Aissami, stressed that the time has come to pose a new situation in the hydrocarbon industry and the domestic market.

"This fair, equitable and solidary participation and distribution scheme will allow us to progress gradually to guarantee a direct consumer subsidy scheme," added El Aissami.

"This new participation scheme will allow us to improve the quality of the service and continue advancing in the productive restructuring of the Venezuelan hydrocarbon industry," said El Aissami, who recognized the PDVSA working class, who in the face of the most adverse conditions and in silence, "we have been carrying out structural work in the industry together with the Oil Working Class, which continues to demonstrate its commitment to the industry and to the homeland."

The vultures are circling