President Maduro: We pledge to relaunch Petrocaribe with force 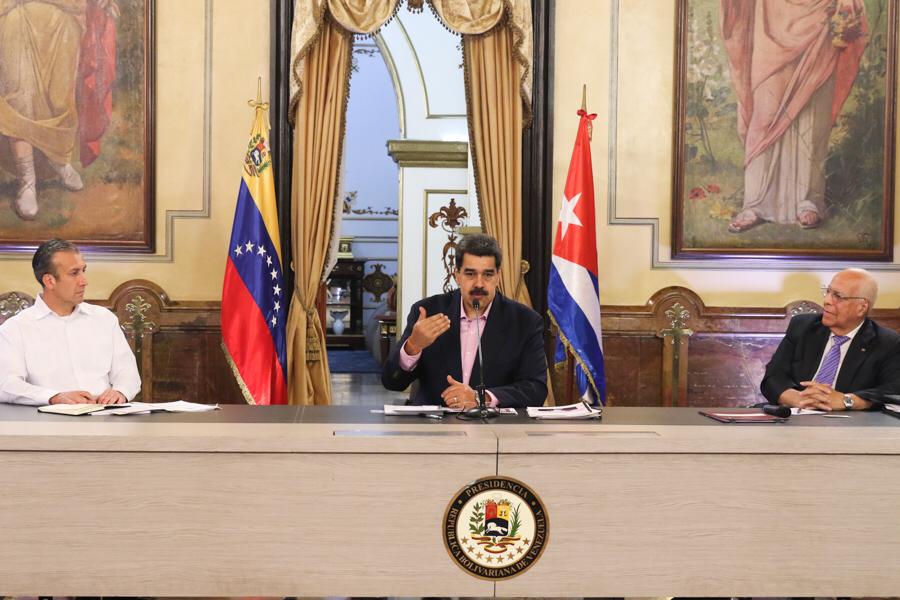 Caracas, January 21, 2020.- The president of the Bolivarian Republic of Venezuela, Nicolás Maduro, announced the re-launch of Petrocaribe, in the framework of the XX Meeting of the Intergovernmental Commission of the Cuba-Venezuela Agreement, which was held in the Simón Bolívar Room of the Miraflores Palace in Caracas.

"From Venezuela we are committed to relaunching Petrocaribe with force in the first quarter of 2020," Maduro emphasized.

This announcement takes place in the midst of the sanctions imposed by the United States government, on the state-owned Petróleos de Venezuela, SA (PDVSA).

Likewise, the President indicated that he agreed with the proposals made by the work teams. "We set a goal that we must meet. Petrocaribe must reach the level of brightness and support it came to have, we will recover it, there are no excuses," he said.

Petrocaribe was created at the initiative of the Bolivarian Government of Venezuela in 2005, establishing links in 2013 with the Bolivarian Alliance for the Peoples of Our America-Peoples' Trade Agreement (ALBA-TCP), in order to go beyond oil and promote regional economic cooperation.

The US government, meanwhile, is stepping up cooperation with Guyana.

Venezuela rejects the decision of the International Court of Justice contrary to the spirit of the Geneva Agreement...

Arbitral Award of 3 October 1899 (Guyana v. Venezuela) - The Court delivers its Judgment on the question of its jur...

Court to rule next week in Guyana-Venezuela border row

A new route to democracy in Venezuela

Chevron vows not to give up on Venezuela

Want to read more information about President Maduro: We pledge to relaunch Petrocaribe with force?