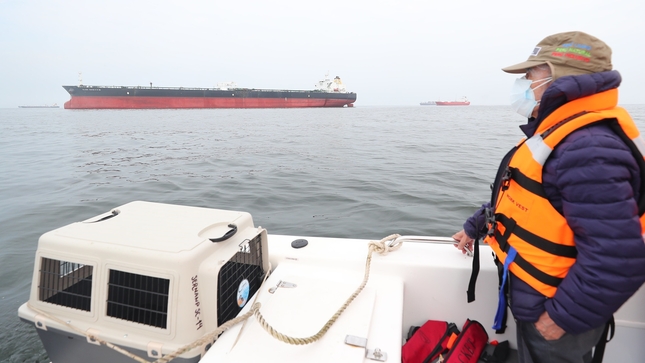 Last month, five new conflicts were registered, among them demands from artisan fishermen, businesses and residents impacted by the oil spill at multi-buoy terminal number 2 of the Repsol-controlled La Pampilla refinery.

The other new conflicts involve claims of alleged environmental impact from operations of mining companies Anabi and Anta Norte, and alleged non-fulfillment of pledges by Transportadora de Gas del Perú following a spill of natural gas liquids in 2016. 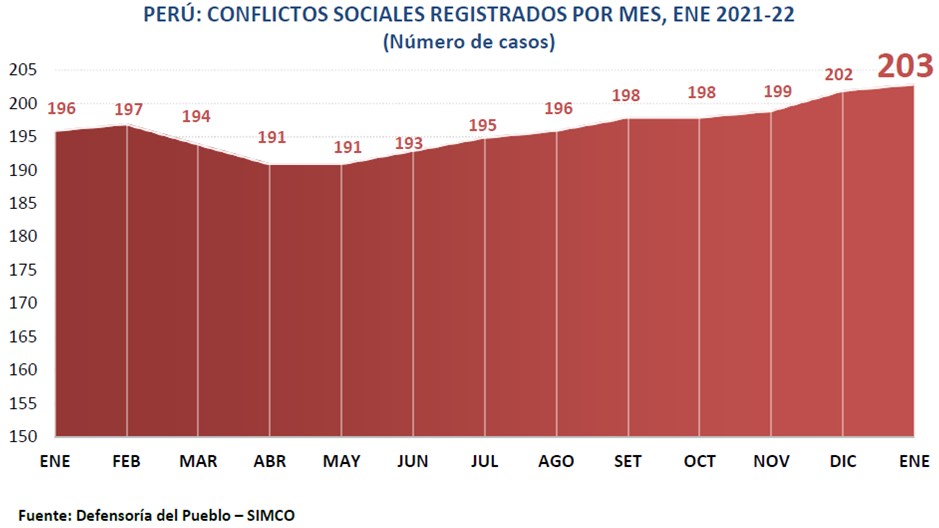 Of the 203 conflicts, 154 were active and 49 latent, of which 132 are related to socio-environmental disputes.

The mining sector with 87 accounted for most of the socio-environmental conflicts followed by hydrocarbons with 26.

The report, available here, also classifies 21 cases/situations as “early alert” and 58 “under observation,” and states that there were 245 protests in January.

In a related development, legislator Segundo Teodomiro Quiroz Barboza of the ruling Perú Libre party introduced a bill to congress to promote the obligatory acquisition of environmental insurance by companies that exploit hydrocarbons and minerals.

“In our country currently many socio-environmental conflicts have arisen, mainly in the hydrocarbons sector, a problem that drives implementation of economic instruments that promote the protection of the environment,” according to the congressman.

The proposed legislation is available at this link.

Protests and roadblocks across the country are affecting mining production and threaten big investments in the industry.

According to the energy and mines ministry's latest investment report, the projects demand combined capex of US$6.92bn.