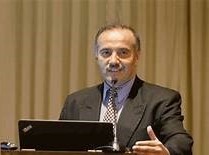 Peruvian water utility Sedapal is eyeing joint projects with miners in the central highlands to ensure supply for Lima over the next two decades.

“The quality of the water that is extracted from underground mining operations is very good and we must take advantage of that, since it is currently being discharged into rivers,” Dumler said.

According to the utility’s preliminary analysis, about 10 mining units are in areas close to the company’s 23 reservoirs (lagoons) in the central highlands where it stores water that reaches Lima via a transfer complex.

Volcan's Chungar unit, one of Glencore's main assets, has expressed interest in the project since 2020. Its mines are 7.2km from the Huascacocha reservoir.

Other mining units that operate in nearby areas belong to Buenaventura and Nexa.

A preliminary study by Sedapal concluded that production from the Chungar and Pan American units could add 2.3m3/s to the 25m3/s Lima needs.

After finishing repairs of the reservoir in Lima’s San Juan de Lurigancho district, Sedapal’s focus will shift to the project with the miners. Sedapal is the only of the 50 sanitation companies Sunass regulates that does not receive state aid.

Sedapal uses its reservoirs in the upper parts of the Andes during the dry season between April and November to supply water. In this sense, the company needs to permanently improve its water sources and its collection and storage system.

Minister Rubén Ramírez will promote the management in Minam in favor of the care of our environment and the natural...

Head of the Environment sector presented guidelines for his management during the completion of the transfer process.

Peru will invest US$2,040 million this year in reconstruction