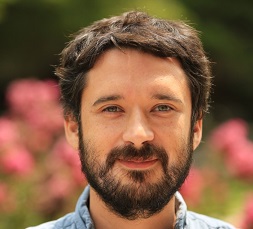 Academics working on Industrial Research Chairs – where the university partners with industry to finance and carry out research to answer specific sector questions – have already begun talks with two interested parties, one of them local solar power association Acesol.

An Acesol applied research project was due to get underway this month, Centra director and UAI engineering and science faculty member Daniel Olivares (pictured) told BNamericas.

Academics will carry out work over three years in the area of distributed generation efficiency, to develop software tools to identify the optimum location for components such as battery storage units and offtake points.

On the general format of the program, Olivares said: "It’s a kind of hybrid between a project that some could consider a type of specialized consultancy work, and a research project.”

“None of these ideas are really new; what we’re doing is formalizing, structuring everything, and this opens the door for a large number of partners.”

Chile’s renewable energy park has been growing apace, with developers drawn by its solar and wind resources as well as a favorable operating environment and decarbonization push. The country is also seen as holding a wealth of potential in the sphere of green hydrogen and its derivatives, such as green ammonia.

Key overall objectives of Centra are carrying out R&D work with industry, promoting academic research that addresses the challenges of Chile’s energy sector, analyzing local policy and regulation with government officials and collaborating with international research centers. “We realized that, basically, the Chilean energy ecosystem was missing a meeting point for industry, academia and the public sector, where they can work on consensus-based solutions,” Olivares said.

Centra is aiming to launch by year-end a project called Net Zero Chile, with a focus on exploring renewable energy solutions geared to the country’s diverse geography. Chile has pledged to have net zero carbon emissions by 2050.

The university, which has been growing its team of academics, recently appointed former Chilean energy minister Juan Carlos Jobet as business school dean.

The regulatory body presented to the Dialogue Table a set of regulatory proposals, some of which are already being prepared by the Ministry of Ener...

The World Bank Group member has agreed to finance the acquisition of around 990 electric buses and is in early-stage green loan negotiations with p...