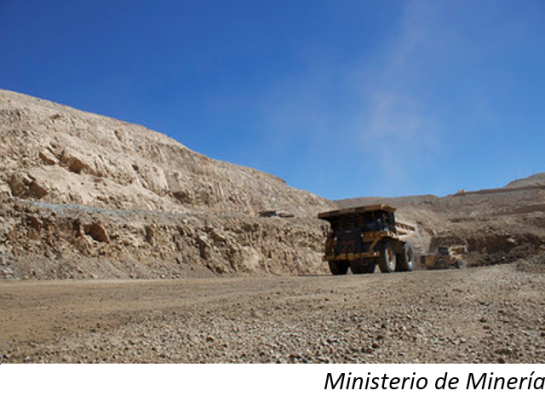 A lawmaker from Antofagasta region, which hosts a large number of Chile's mining operations, proposed to create an additional mineral extraction tax to boost President Sebastián Piñera's US$1.2bn plan to counter the social unrest the country is experiencing.

Local media quoted Paulina Nuñez, a member of the president's Renovación Nacional party, as saying, “I represent Antofagasta region, were the biggest foreign mining companies of the world have their operations and I see that profit doesn’t remain in the zone nor the country.”

But apart from the new tax, lawmakers like Marcela Hernando of the opposition Partido Radical, call on the mining industry to improve payment standards for contractors and suppliers to ease financial woes.

A year ago, debate started in the lower chamber on a royalty bill that includes a 3% tax on copper and lithium extraction.

The state should then invest the funds collected in the development of the places that host minerals deposits to mitigate environmental damage. The tax would apply to miners that extract over 12,000t of fine copper or 50,000t of lithium.

In March, the mining commission reviewed the bill. Once the constitution, legislation and justice commission gives the green light, it can move to the senate.

But Hernando told BNamericas that the bill can only advance with government support, so it depends on how much the president wants to tax miners to deal with social unrest.