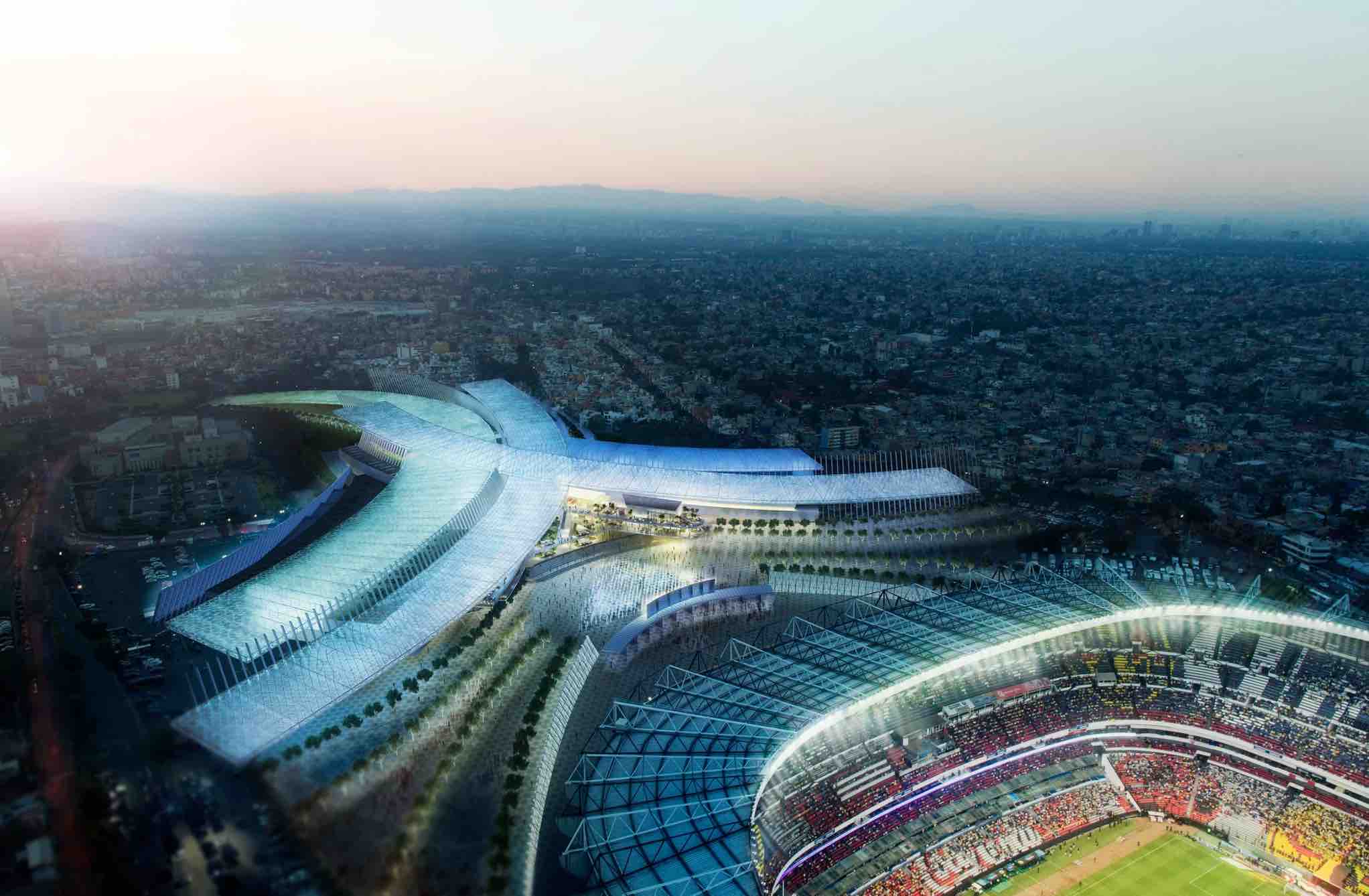 Two stadium projects in Mexico, one in Mexico City and one in Yucatán state, are facing setbacks due to local opposition.

The estimated US$150mn project to modernize Mexico City’s Aztec stadium is currently halted due to opposition of residents who claim they will be affected by the work that also entails a seven-floor hotel and a shopping center.

However, the project is likely to move forward given that it was included in the stadiums for the 2026 FIFA World Cup to be hosted by Mexico, Canada and the US.

The citizens group from the Santa Úrsula Coapa and Pedregal de Santa Úrsula neighborhoods told daily Reforma they are demanding a public consultation on the works after finding out a new agreement was reached between the administration of Mexico City mayor Claudia Sheinbaum and Grupo Televisa, owner of the stadium.

On August 16, the city government announced Televisa and Altavista Sur Inmobiliaria, which will participate in the modernization project, would have to present a new proposal given that the previous one had expired. A few days later, local media reported the new project had been presented, but details have not been made public.

In November, Estadio Azteca’s chief executive Félix Aguirre said the project was being analyzed by national and international firms, but a final draft was not ready.

The original plans included connecting the shopping center, parking lot and hotel to the stadium through a tunnel. More details can be found on a special website launched here.

On several occasions, Sheinbaum has reiterated that she would like to reach a consensus with local residents. She has also promised to guarantee water supply to the neighbors, who have cited water cuts as one of their main arguments against the project.

Another project that remains on standby is the 2.2bn-peso (US$108mn) Estadio Sostenible de Yucatán (ESY) that will be built in state capital Mérida. The project is being led by New York-based real estate firm Juego de Pelota, which presented the complex for soccer and baseball matches two years ago.

Locals in the southern state have also halted the project's construction as they are still protesting against it and questioning authorities about its exact location.

According to local daily Diario de Yucatán, the municipal government of Mérida denied at the beginning of September having received a request for building the project, even though Juego de Pelota’s CEO César Octavio Esparza Portillo told BNamericas in February that construction of the stadium would start during 1H22.

But in a different report released at the end of August, Diario de Yucatán reported that the state’s sports institute (IDEY) director Carlos Sáenz Castillo said the stadium proposal was still on track and no cancellation had been announced.

The projects involve replacing hospitals in Tamaulipas and Coahuila states.