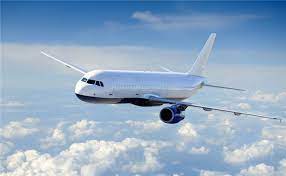 Long-term inflation and slowing economic growth deceleration are the main obstacles to the full recovery of air traffic across Latin America, following the lifting of most restrictions introduced during the COVID-19 pandemic, according to a Moody’s analyst.

Moody’s latest report on airports for Latin America and the Caribbean estimates that air traffic will return to pre-pandemic levels next year, with the exceptions of Uruguay and Argentina, which only lifted most travel restrictions in November 2021.

González adds that these countries’ airports cater more to passengers within Latin America rather than travelers from other regions and are therefore unlikely to catch up with 2019 figures until 2024.

“Moderate demographic and economic growth in the region limits the speed of [air passenger] traffic recovery  [in Uruguay and Argentina] compared with other airports in Latin America,” he says.

On the other hand, surging jet fuel prices are likely to translate into higher ticket prices for fliers, which will also be a challenge for the recovery, according to the report.

As of the first half of 2022, only three operators rated by Moody’s, Mexico’s GAP, Puerto Rico’s Aerostar and Colombia’s Opain, saw higher passenger traffic than in the same period of 2019, as they receive more passengers from Europe and the US for leisure travel.

By contrast, passenger traffic at Montevideo’s Carrasco airport only reached 58% of pre-pandemic levels in 1H22.

In general terms, Moody’s outlook for airport operators is stable across the region, which will be reflected in strengthened financial metrics, according to González.

However, infrastructure expansions in the sector will not be a priority in the medium term, as most operators have already completed the upgrades required in their contracts, with the exception of Argentina’s AA2000, which is currently building a new US$26mn terminal at Buenos Aires’ main airport, Ezeiza.

“As the gradual recovery of traffic to pre-pandemic levels continues, airport capex needs and requirements will be updated,” González said.

'Colombia's next government will have to face another tax reform'

BNamericas talked to EY tax expert Jaime Vargas about the mergers and acquisitions panorama, investors' priorities, and the upcoming elections.

The decision paves the way for the current builders to continue working on Colombia's largest infrastructure project, which is expected to begin ge...

Is there light on the horizon for air travel?