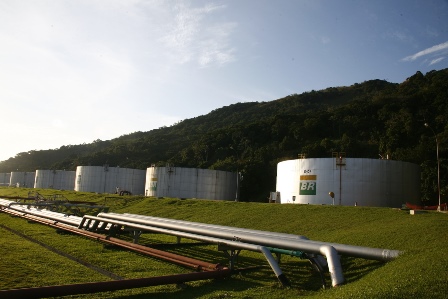 Brazil’s Petrobras is involved in four lawsuits related to third-party access to its oil and liquid fuel infrastructure, a source close to the matter told BNamericas.

The company wants to use the infrastructure to sell imported diesel to local fuel distributors.

The importer proposed to sign a one-year contract of up to 20,000m3 per month. However, Transpetro offered only monthly pipeline availability, tied to Petrobras’ needs and schedule.

Meanwhile, Petróleo Sabbá has been trying to connect pipelines to floating piers owned by Transpetro in Manaus, Amazonas state, to expand its diesel supply capacity.

According to the company, only Transpetro’s infrastructure can handle operations with long-haul vessels in the region.

And the association of independent oil and gas producers, Abpip, said Petrobras has announced tariff hikes of 30%-250% for using its pipelines and terminals without providing a proper justification.

According to Abpip, the hikes could make several oil production projects economically unfeasible.

The access to Petrobras infrastructure is essential for the opening of the oil and gas market, which is practically dominated by the state-run firm, mainly regarding downstream activities, like refining and fuel sales.

In July 2019, Petrobras signed a commitment term with antitrust authority Cade to sell eight of its refineries and associated logistics infrastructure.

So far, the Rlam, Reman and SIX units were sold, but only the first has been transferred to the new owner.

Based on the study, Cade launched an investigation in January on possible violations by Petrobras.

A Petrobras spokesperson told BNamericas the company and its equity holdings fully comply with the regulations and are monitored by the regulatory agencies.

“Specifically with respect to access to waterway terminals for handling oil and oil products operated by its subsidiary Transpetro, it follows the rules set forth in ANP decree No. 251/2000, which regulates free access to such infrastructure,” the spokesperson said.

Multiple offshore campaigns are underway or being planned by Petrobras and private oil companies.