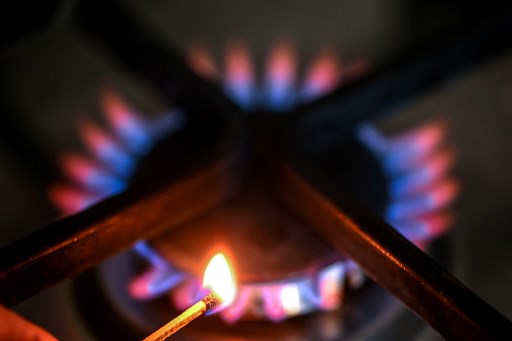 Mexican President Andrés Manuel López Obrador (AMLO) said on Tuesday that the government is weighing up construction of an LNG liquefaction plant on the Gulf of Mexico coast in Veracruz state.

The move comes as fears rise over a possible escalation of the war in Ukraine and global powers move to rework the continent's energy supply.

“Now that there's need for gas in Europe, this becomes a possibility,” said the president, in comments at a press conference on Tuesday morning.

The government has taken steps in recent months to secure deals with private players that provide a strategic advantage to state-owned energy players, Pemex and utility CFE.

These include arrangements with foreign energy companies TC Energy and New Fortress Energy, and an extensive, growing relationship with Sempra Infrastructure.

“All of these benefit the country’s energy security,” a company spokesperson told BNamericas in an email.

“Our projects are uniquely positioned to help provide LNG to support the energy security of America’s allies in Europe and even in Asia. For instance, recently, we entered an HOA [Heads of Agreement] with multiple global counterparties, such as RWE Supply & Trading and PGNiG, regarding the possibility of supplying them with LNG.”

The new focus on gas in Mexico comes amid an unprecedented rise in European demand for the fuel, the firm added.

This stems from Russia’s invasion of Ukraine in February, which sent energy markets reeling and led to sanctions, which have laid bare many European nations' uncomfortable dependence on Russian hydrocarbons and made them scramble to shore up supply.

Fighting continues and even with Ukraine’s recent gains, market speculation is rife on energy futures and exacerbated by uncertainty as winter draws near.

And last Tuesday, the president was optimistic in discussing a possible LNG liquefaction plant near Coatzacoalcos, Veracruz, saying land was already available and that supply of natural gas to power the plant is guaranteed.

The president added he sees total investment, including private sector stakes, reaching US$4bn-US$5bn with construction of the mooted plant, adding to plans to develop 10 industrial parks and investment all along the Tehuantepec Isthmus oil/gas, rail and road corridor, currently under construction.

“We’re about to launch a push to garner private investment,” AMLO said. “With these 10 industrial parks about to be tendered, there’s going to be a whole lot of work.”

These parks will have an estimated average area of 300ha each and will need steady gas and electricity supplies on top of preferential tax treatment schemes for the payment of VAT and income tax.

SI's spokesperson said the firm looks to establish major LNG assets on the west coast in Mexico and in the Gulf of Mexico on the US side.

The San Diego-based parent company formed the subsidiary last year with the merger of Sempra LNG and Mexico unit IEnova, a unit with one foot on each side of the border.

“We are now building ECA LNG Phase 1, which will be a single-train liquefaction facility with a nameplate capacity of 3.25Mt/y [million tons per year] of LNG and an initial offtake capacity of approximately 2.5Mt/y,” the company told BNamericas.

“This project holds definitive 20-year sale and purchase agreements with Total Energies and Mitsui & Co. for the purchase of a combined 2.5Mt/y of LNG,” it added. “It’s also exploring the feasibility of building an additional liquefaction terminal adjunct to Pemex’s refinery hub pipeline at Salina Cruz, Oaxaca, in the south-east part of the country.”

The latter is yet another Pacific-side LNG export hub adding to ECA and Topolombampo, this one bolstered by the 220km rail, road and pipeline corridor crossing the 220km Tehuantepec isthmus to the Gulf of Mexico.

For AMLO, this builds on plans to cultivate private sector-driven industrial hubs along the corridor at 10 locations in Veracruz and Oaxaca.

“We are also quite interested in helping countries in Europe and Asia to achieve energy security at the same time we contribute to enabling the global clean energy transition,” Sempra Infrastructure told BNamericas, but market volatility aside, Mexico is going to require “more natural gas storage capacity to ensure national energy security and provide reliable, safe, and efficient access to fuels” adding that this gives much-needed certainty to distributors and large customers.

These agreements, once solidified, generate “a positive impact on the entire value chain of the energy sector” the firm added.

“These projects would allow CFE to optimize excess natural gas and pipeline capacity and advance President Andrés Manuel [López Obrador]’s commitment to promoting economic growth and development of the region, with a view toward strengthening CFE’s position in global LNG markets.”

After the signing of the memorandum of understanding between ANDE and NEOGREEN Hydrogen Corporation, a Canadian company, developer of green hydroge...

Energy and Mines Ministry to finance over 50,000 vehicle conversions to natural gas in 2023