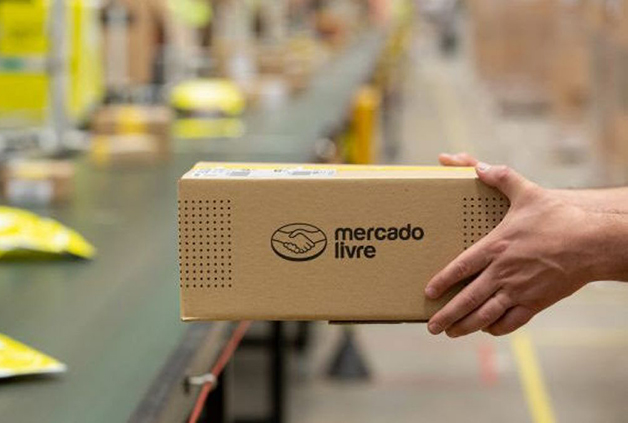 A bigger and more sustainable logistics network, enhanced app, new financial products and cryptocurrencies are some of the investment priorities of Latin American e-commerce giant MercadoLibre as the group enters a new phase.

Part of this product diversification leverages on the company's solid and growing e-commerce operation.

The company has seen a marked increase in the number of buyers, sellers and products sold on its platform over the past two years, as the pandemic pushed people to the online world, including many first-time e-shoppers.

But even as physical retail outlets have mostly reopened and amidst the macroeconomic challenges and increased Chinese competition in online retail, MercadoLibre’s business appears to be showing plenty of resilience.

“The third quarter of 2022 was yet another successful period for MercadoLibre. Our continued solid execution in both our commerce and fintech businesses has enabled us to deliver rapid growth in GMV [gross merchandise volume], TPV [total payment volume] and net revenue, alongside record quarterly EBIT and improving cash generation,” the company said in a letter to shareholders this week.

MercadoLibre reported around 43mn active marketplace buyers in Q3, the highest level ever it claims, with 10% year-on-year growth. The rise in the number of items sold, however, notably slowed compared with 3Q21 in Brazil, Mexico and Argentina, its main markets.

Overall, the company spent US$343mn in January-September, down from US$434mn in the same period of last year, as MercadoLibre said it seeks to have a more disciplined approach to short-term growth spending.

The bulk of the group’s capex is going to IT, software and solutions, as well as its workforce. The company expects to end 2022 with an additional 4,000 engineers hired for its operations.

“Our investments across the business over the last few years in technology have enabled us to improve our service levels significantly, and this is translating into market share gains across geographies both on a consolidated level and also across multiple product categories,” CFO Pedro Arnt told investors in the company’s latest earnings call.

According to Arnt, although an increase in the rate of investment is expected for the fourth quarter, the company plans to be more cautious with its margins and full-year capex levels might be lower than in 2021.

Logistics investments have been a highlight for the company this year, as they "have been the other major contributor to the improvements in service levels as our managed Mercado Envios network penetration hit 92% during the third quarter, up 5 percentage points over the last 12 month,” said Arnt.

The company has invested in warehouses and related supply chain infrastructure to scale up and have a higher percentage of orders being fulfilled through its Mercado Fulfillment logistics network.

This is particularly important to the company in Mexico, Brazil and Chile, with the highest penetration in Mexico, where over two thirds of all orders are managed from the company’s own fulfillment centers.

MercadoLibre is also increasing the number of green vehicles in its fleet.

The company said it aims to end 2022 with more than 1,000 electric vans and small trucks operating across Latin America, up from 548 at end-2021, with the expansion focused on Brazil, Chile, Colombia and Mexico, which are due to receive more than 500 electric vans.

Brazil, its largest market, is expected to get 400 new electric vans, each with a range of around 200km and a cargo capacity of approximately 650kg. As of the end of 2021, its fleet in the country comprised around 270 vehicles, and so far this year it has gone from 31 to 103 trucks powered by natural gas and biomethane in Brazil.

All of this investment is the result of the issuance of a sustainable bond for US$400mn, which was done in 2021 to boost projects with an ESG impact, according to MercadoLibre.

On the financial services side (MercadoPago), MercadoLibre launched several new financial products over the last 18 months in the region, including debit and credit cards, savings and investments, crypto wallet, insurance and personal loans.

The group also said that its unique active fintech users surpassed 40mn for the first time, with 32% year-on-year growth.

MercadoLibre is expected to continue investing in this line of business, albeit with a more cautious approach, through new products and services.

Because of the current high interest rates, the company is already seeing some “degradation of metrics”, said CFO Arnt, particularly in Brazil during the second quarter. Because of that, it started to limit the amount of personal loans offered.

Arnt believes that interest rates in Brazil have already peaked or are close to doing so and should start coming down next year.

“Brazil elected a new president last week, so it's still very early to tell. But with that in mind, we expect that macro conditions will start to improve in Brazil, which was the country where we were more concerned," Arnt said.

Overall, the executive says that credit is an auxiliary to MercadoLibre’s operations, not a core business, and should continue being so.

“Credit for us is a business that serves as a driver of more volume and sales and more wallet adoption and usage in our transactional businesses but we're not under any undue pressure to grow it,” he said.