Spotlight: The next wave of Petrobras FPSOs 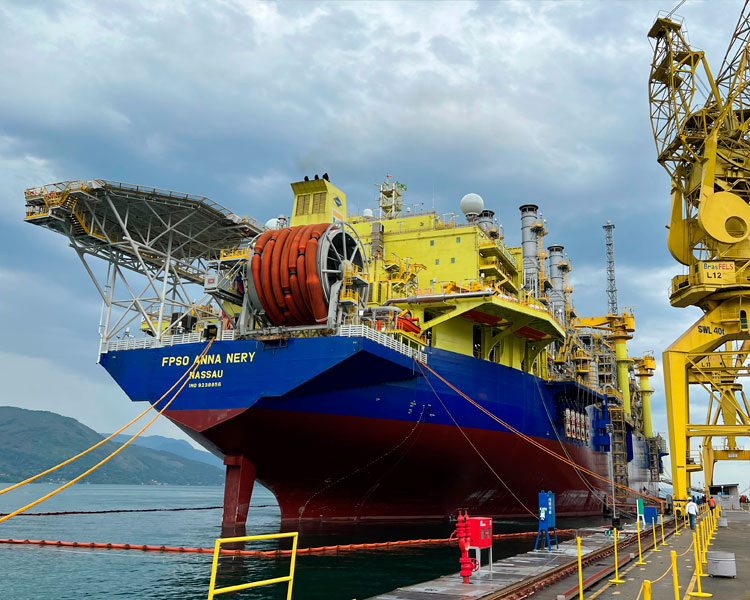 Petrobras’ business plan for the 2023-27 period is expected to involve new FPSOs for the Sépia and Atapu fields, two sources with knowledge of the matter told BNamericas.

Both assets are located in the Santos basin pre-salt region and currently produce via the Carioca (Sépia) and P-70 (Atapu) platforms.

The two new FPSOs are likely to be contracted under the engineering, procurement and construction (EPC) model.

Petrobras acquired Sépia and Atapu through a transfer of rights process in 2010.

On Monday, the Sépia consortium announced an oil discovery in the extreme northwest area of the project, at water depths of nearly 2,200m.

According to the latest data from the local oil and gas regulator ANP, Sépia and Atapu respectively produced approximately 173,000boe/d and 160,000boe/d in September.

Besides these two production units, the state-run firm’s next business plan will contain several platforms that have already been contracted or are being tendered.

In the list are the Sepetiba, Marechal Duque de Caxias and Alexandre de Gusmão FPSOs for the Mero field, which have been chartered with SBM Offshore, Misc and SBM Offshore, respectively.

Also in the group of chartered units are the Anita Garibaldi (Modec) and Anna Nery (Yinson) platforms for the Marlim/Voador revitalization project, Almirante Barroso (Modec/Búzios) and Almirante Tamandaré (SBM/Búzios), and Maria Quitéria (Yinson/Parque das Baleias), in addition to the Albacora revitalization and the two Sergipe Deepwater FPSOs (P-81 and a yet to be named-unit), the contracting processes for which are underway.

The P-71 (Petrobras-owned) has arrived in the Itapu field, and may have its first oil in December this year, according to Petrobras.

Want to read more information about Spotlight: The next wave of Petrobras FPSOs?