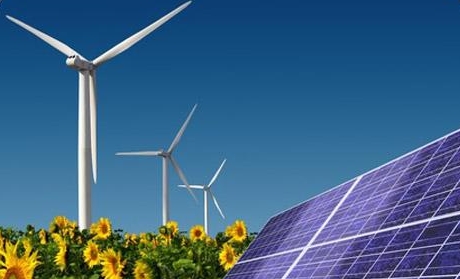 The rapid expansion of renewable energy and distributed generation (DG) projects in Brazil is resulting in a queue to access the national power transmission and distribution systems.

In a letter sent to sector watchdog Aneel earlier this month, wind power association Abeeólica said about 3,000 wind and solar projects totaling 150GW are awaiting authorization from the regulator to be deployed and/or from grid operator ONS to access the transmission grid.

The large volume – equivalent to around 80% of the country’s current installed capacity of 190GW – reflects the end of the discounts on transmission and distribution fees TUST and TUSD, respectively, as of last March.

“Then there was a mad rush of projects, including developments not yet contracted, to secure the discount,” Abeeólica president Elbia Gannoum told BNamericas.

The association is asking Aneel and the mines and energy ministry to deal first with projects that have already sold energy and must start operations soon and then those that remain uncontracted but rushed to guarantee the discounts.

“There's the group of the 'desperate' who really need the transmission access because they have already sold the power, and there are those who just want to secure their place in line,” Gannoum said.

“This is a temporary situation due to this market behavior, demanding much more transmission capacity than the system should and can offer,” she added.

Another point of concern is the expansion of the free (non-regulated) market, where energy planning no longer goes through the power distributors.

“The point is that planning should not be done by those who intend to supply energy, but by those who have a contract. Otherwise, consumers will be paying for an expansion of transmission that may not materialize later,” Miranda told BNamericas in an interview that will be published in full on Friday.

In 2023, the federal government plans to carry out transmission tenders expected to attract approximately 50bn reais (about US$10bn) in investments, according to Miranda.

A press officer for Aneel said the agency is acting through two regulatory improvement projects, both defined as strategic and included in its agenda for 2023-24.

The first, expected to end this year, concerns the regulation of access to the transmission grid in the scenario of expansion of renewable generators.

Proposals are subject to a public consultation that is underway.

The second initiative, scheduled to close in 2025, is a general review of the rules for contracting use of the transmission system.

"We don't have a proposal yet, the topic is still being studied and an overview of possible enhancements to the topic can be found in the call for inputs No. 24/2022," the press officer added.

Absolar also mentions problems in sending emails to the distributors due to lack of space in their mailing systems and supposed non-compliance by the power utilities with the deadlines established by the regulatory agency.

Abradee, which represents power distributors, did not respond when contacted by BNamericas.

In December, the country reached the milestone of 16GW in DG capacity and surpassed 1.5mn consumer units that generate their own power, driven by solar energy.

This year, DG capacity is forecast to grow around 15%, adding some 8.5GW.