Why Trump's tariff decision could trigger EU action on Brazil 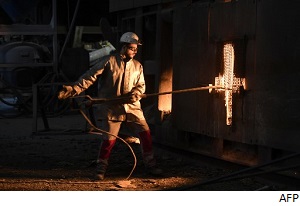 The surprise decision by US President Donald Trump to reimpose tariffs on steel imports from Argentina and Brazil is reinforcing demands from the European steel industry for Europe to raise barriers against Brazilian steel.

Many of the same nations export steel to the US and the EU, including Brazil, so there will be concern about further deflection of steel to the European market, Charles de Lusignan, spokesperson and communications manager at the European Steel Association (Eurofer), told BNamericas.

"Having said that, the EU steel safeguard is in place and Eurofer was already asking for it to be reviewed even before news of President Trump's decision on Brazil and Argentina broke," de Lusignan said.

EU applied safeguards against foreign steel in August 2018 and made a first adjustment one year after, reducing to 3% from 5% the annual increase in steel import quotas, which are in force until June 2021. Volumes exceeding quotas are taxed by 25%.

EU had already excluded Brazil's semi-finished steel from entry limits in its market due to its importance to European industry.

Brazil is the ninth largest exporter of steel to the EU.

Law firm Baker McKenzie weighed in on Trump's tariff decision, analyzing the announcement's impact in Argentina, Brazil and the US.

According to Esteban Ropolo, a Baker McKenzie partner and trade expert for Argentina, the two South American nations will try to coordinate their response to the tariff hike at Friday's summit of the Mercosur trading bloc, where Argentina, Brazil, Paraguay and Uruguay are the active members.

"Paradoxically, this attack from the American administration may help bridging the gap between the Brazilian President [Jair Bolsonaro] and the incoming administration of President [Alberto] Fernández in Argentina," Ropolo said in an e-mailed statement to BNamericas.

Argentina and Brazil have a very important trading relationship but the far-right Bolsonaro has been very critical of the center-left Fernández and incoming vice president Cristina Fernández de Kirchner due to ideological reasons.

On Brazil's side, Trench Rossi Watanabe (a law firm in cooperation agreement with Baker McKenzie) associate and trade expert Marcelle Silbiger, said the US decision came as a surprise for the Brazilian government, who has sought closer ties with the US since Bolsonaro came to power in January.

"Taking into account the Trump administration's new position, the Brazilian Government has stated that it will try to solve the issue with the US," Silbiger said.

Baker McKenzie partner and trade expert for the US, Kevin O'Brien, said that the [United States trade Representative] USTR and [Department of] Commerce have not yet issued statements on how the new tariffs will be implemented and whether the product specific exclusion process in place for other countries will also apply.

According to O'Brien, Trump's decision to re-impose tariffs pursuant to the national security provisions of US trade law could invite another legal challenge.

"Last month, the US Court of International Trade issued an opinion that faulted the President for violating the law by ignoring a 90-day deadline for imposing or altering tariffs when the United States doubled the steel duties on Turkey in August 2018. While that case addressed a relatively narrow issue, the Court's opinion more generally questioned the use of National Security provisions to threaten or impose tariffs," he added.

Brazilian companies could suffer restrictions on trade and financing if Bolsonaro does not respond to US pressure to change its environmental policy.

What to expect with Samarco's bankruptcy protection request

LatAm – a pillar of growth for Equinox Gold

How serious a threat are potential tax hikes for miners?

Want to read more information about Why Trump's tariff decision could trigger EU action on Brazil?