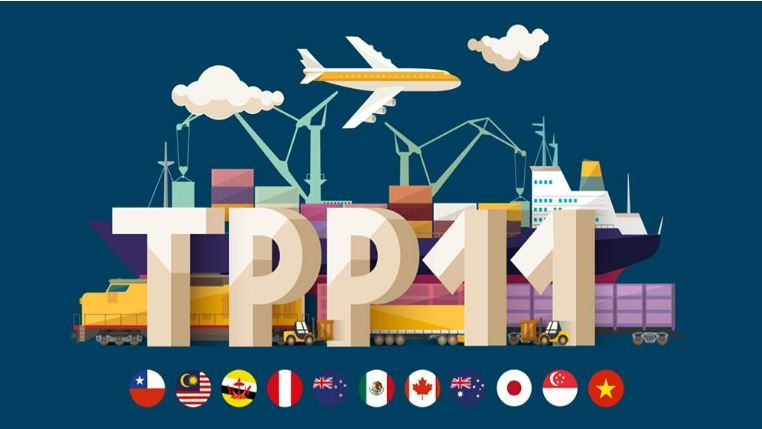 Chile's senate approved the Comprehensive and Progressive Agreement for Trans-Pacific Partnership (TPP-11) on Tuesday after four years of debate, with a view to its potential to stimulate international trade.

However, critics have warned that TPP-11 could lead to a loss of national sovereignty and favors the private sector to the detriment of the State, since the agreement does not merely focus on trade but also includes regulations to protect foreign investments that could benefit international companies that operate in Chile – where foreign miners have made large investments in recent decades – and elsewhere.

Chapter 9 of the text discusses protections for foreign investments and gives multinational companies the power to sue the State regarding any political, economic or regulatory change that threatens their profits. Governments could be forced to compensate them without any reciprocal obligations on the part of the companies.

That chapter also limits states' power of expropriation or nationalization of foreign investments, except for reasons of public good, forcing governments to pay compensation at market value.

This clearly strengthens the interests of multinational firms to the detriment of the national interest, said Universidad de Santiago economist and academic, Marcela Vera, in an opinion column published by local media outlet Cooperativa.

"It's not just a treaty, but how Chile relates to multinationals and the courts are quite biased as they mostly rule in favor of multinationals," said independent senator Karim Bianchi during the TPP-11 discussion in the upper house.

In recent times there has been an increase in lawsuits in Latin America and the Caribbean tied to the relationship between investors and states under various international treaties. Between 1996-2006, 91 such lawsuits were filed, but that figure doubled to 180 in 2011-21.

In the region, 23 countries have been involved in international arbitration. Of the 327 known cases in total in 1996 to last December, resolutions favorable to private investors were issued in 206 of them, or 62% of the total, according to a report by think tank Transnational Institute.

States have been forced to pay out nearly US$34bn in resolved cases, either by arbitration or under agreements between the parties. Some 22.6% of these claims were related to the mining, and oil and gas sectors.

However, Chilean political analyst Guillermo Holzmann told BNamericas that TPP-11 facilitates a more active role for the State without compromising its sovereignty. "The country will have facilities to defend its interests in a scenario of legal and juridical equanimity," he said.

After it was passed with 27 votes in favor, 10 against and one abstention, the agreement is now subject to ratification by President Gabriel Boric following what is seen as a formality in the lower house.

Promulgation will depend on the progress of talks between Chile's international relations department (Subrei) and the other signatories within the framework of side letters, which are aimed at clarifying bilateral specific issues between the parties without affecting the other countries.

More than 3,000 Chilean export products would obtain tariff benefits, in many cases reduced to zero, increasing their access to large international markets. TPP-11 is the third largest trade agreement in the world, with the signatories representing 500mn people and 13% of global GDP.

The Canada-based miners are aiming at higher output and more efficiency.

Want to read more information about Will TPP-11 benefit multinationals in Chile??