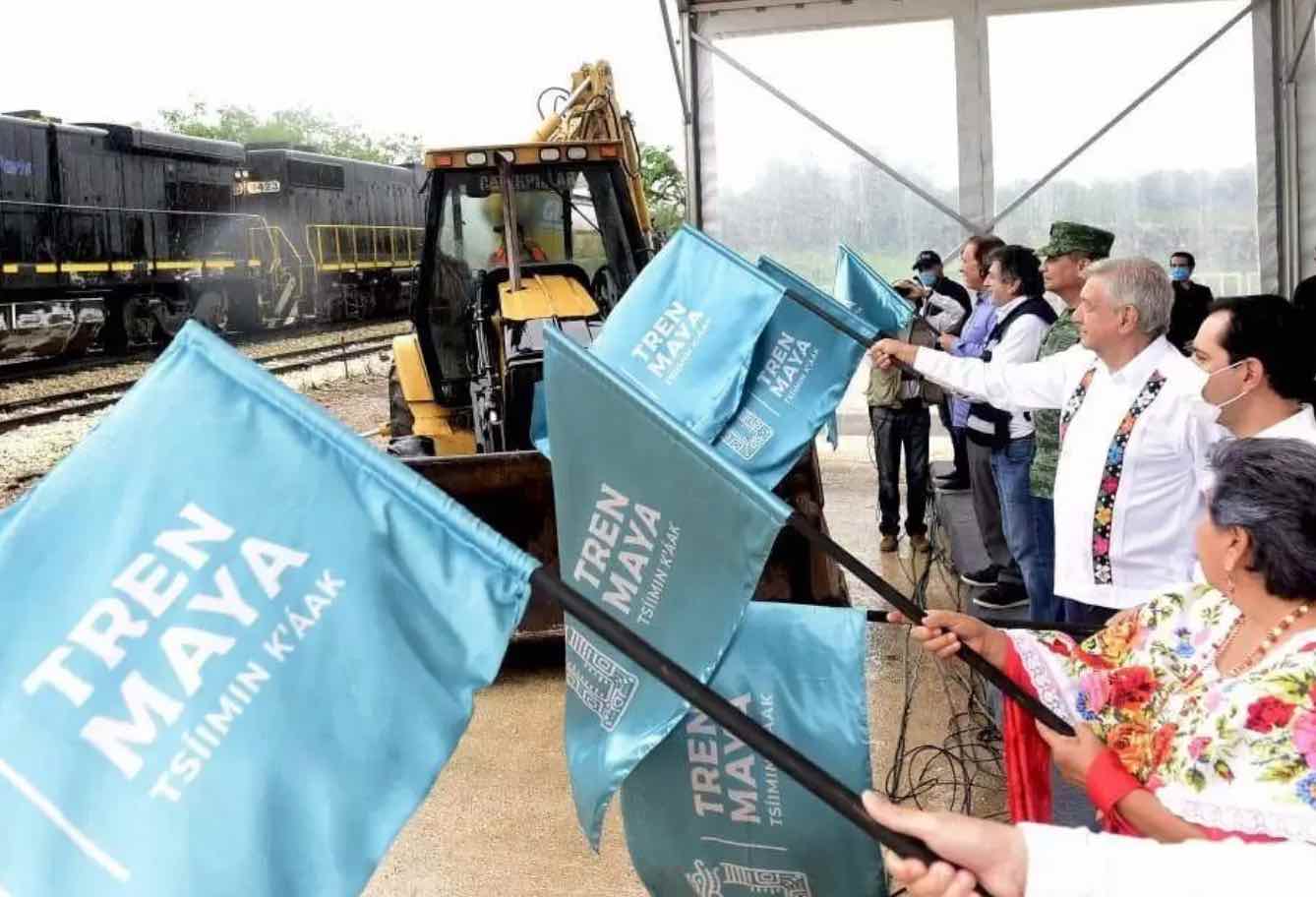 A recent legal effort to halt construction on section five of Mexico’s Maya train in Quintana Roo state has forced the government to begin dialogue with critics of the works.

However, the conflict is a long way from resolution, as the issue on the 60km stretch between Tulum and Playa del Carmen “is not a legal issue, it's a technical issue that has been avoided," Rogelio Rodríguez Garduño, a law professor at Universidad Autónoma de México (UNAM), told BNamericas.

“If the case persists, it could go all the way to the supreme court,” he said.

The contract to build this section of the line was awarded in 2021 to a consortium led by Grupo México subsidiary México Compañía Constructora for 17.8bn pesos (US$869mn).

On April 12 a Yucatán state district court granted a temporary suspension of works to a group of Quintana Roo divers who claimed that irreversible environmental damage was being caused on the new route of the line, which was modified by the authorities after Tulum hotel owners demanded that it be moved due to the economic impacts they would suffer during construction.

The divers are part of the #SelvamedelTren movement that launched a media campaign with celebrities in March to stop the works on the southern part of the fifth section of the line. Last month, the movement published images in which hundreds of trees had been cut down, but they also argue that there are many caves under the new route that are at risk and other water bodies that could be contaminated and destroyed.

“These demands for an injunction are quite particular, because they do no involve affected people, but they are citing a legitimate right to a healthy environment … the district judge decided that the claim was admissible and conceded a provisional suspension … because if not the damage would be irreversible,” said Rodríguez.

A district judge will now decide on April 22 whether the provisional suspension of works will continue or if there are sufficient grounds to halt the project entirely, according to the legal expert, who has studied the case closely.

National tourism board Fonatur, in charge of the 1,500km railway project, can still defend its position in court, but “the provisional suspension has a particular characteristic: the judge believes the complainant,” Rodríguez said.

The original route entailed the line being built alongside the existing Cancún-Tulum highway between the hotels and the sea, for which the government already owns rights of way, but this would have also required buying or expropriating additional land from hotel owners and would seriously impact their operations during construction, so Fonatur said at the beginning of the year that it had reached an agreement with the hoteliers to move the rail line further inland, behind the hotels, in exchange for their help to acquire the necessary rights of way.

However, Rodríguez said that no environmental impact statement (EIS) was made to carry out the works, let alone a study to prove President Andrés Manuel López Obrador’s claims that the project would not have negative impacts on the environment. He added that, due to the complexity of the case, the conflict could take a long time to resolve.

On Wednesday, the president said he was willing to talk with the divers behind the suspension, but the #SelvamedelTren movement said in a statement that they would be happy to meet him at the site and not in the presidential palace in Mexico City, as he has offered.

Cutzamala supplies some 16,000l/s to areas of Mexico City and the capital’s metropolitan area.

The firms are construction materials companies Elementia and Fortaleza and infrastructure operator Aleatica, which have joined the list of more tha...

Want to read more information about Battle over section of Mexico's Maya train 'could go all the way to the supreme court'?