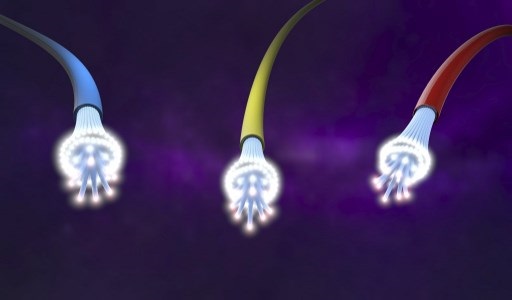 Brazil’s telecom regulator Anatel ruled in an extraordinary meeting that offering linear and live channels over the internet is not pay TV but value-added service.

The decision came on Wednesday and has important implications for the market, as it frees over-the-top (OTT) service companies from offering a programming grid with channels over the internet without being subject to so many regulations.

This could speed up the cancellation of pay-TV contracts, which has been underway for a while.

Anatel’s central argument is that OTT requires a telecom service – mobile or fixed broadband – to run, to which internet channels, among others, would add value.

The ruling means Anatel cannot apply regulations and obligations related to a pay TV license to these operations, as Anatel does not regulate internet services, but telecommunications.

Anatel’s president Leonardo Euler said at the board meeting that this is “a new universe that only touches the agency’s scope of action, which regulates telecom infrastructure, but does not cover the relationships of other layers in the digital structure value chain.”

Anatel’s rapporteur Emanoel Campello said, “it is not the duty of Anatel [which only takes care of telecom] to protect or ensure certain technologies, services or business plans.”

“It is a watershed moment. We’ve defended this for a long time. It is important to open the market, to allow content producers to deliver directly to the end user, in the B2C model, without intermediation,” Abott head Alexandre Britto told BNamericas.

Behind this discussion is a movement by operators pushing for changes in pay-TV legislation and more flexible rules. Companies like Claro, which has a large base of pay TV providers, said OTT providers and carriers were treated unfairly.

Operators complain that pay TV rules are too strict – operators must carry a number of channels and pay taxes and fees that feed small producers – while OTT companies do not have the same obligations, although some offer a similar service.

“The decision does not solve the problem of asymmetric rules that currently exists. In my view, this would have to be decided by congress, by a bill. I think Anatel wanted to put pressure on lawmakers with this decision.”

Renato Pasquini, principal ICT analyst at Frost & Sullivan, agrees that the ruling would speed up regulatory and legislative discussions to ease and open the pay-TV market.

Pasquini sees the clearance as positive for the end-user, but said the entire TV value chain must be considered, including content producers, programmers and distributors.

He believes certain rules will have to be exported to the OTT segment.

Telcoms association SindiTelebrasil did not respond to a request for comment.

Value-added services such as streaming do not contribute to sectorial funds that help financing the audiovisual sector, nor do they have quotas for local and independent productions.

Abott’s Britto said the sector would accept “minimum regulation” but quotas would be too much.

“We defend that the final consumer has free choice. The market regulates itself. If the content is good, it will be consumed. Channel quota is excessive”.

Regarding contributions to audiovisual funds, he said the industry would accept some sort of funding.

The debate at Anatel has been underway for a long time. It started after Claro challenged Fox for offering linear TV channels through its Fox+ app.

But the ruling also came a week after Brazil’s largest media company, Globo, announced that it will offer channels from its content arm Globosat, currently available in the packages of major TV operators, via subscription to its own OTT Globoplay platform.

According to Pasquini, Globo's move could accelerate the cancellation of pay TV subscriptions, since Globosat channels are among the most watched in Brazil.

According to Brazil’s pay TV legislation, operators cannot produce content and vice versa. The measure was aimed at ensuring a competitive landscape, avoiding concentration and cross-ownership between operators and broadcasters.

Sky has about a third of the local pay TV market. Time Warner, in turn, sells pay TV programming in the region via its content distributor Turner International.

Under the cross-ownership ban, either one or the other would have to be sold in Brazil.

But after a years-long discussion at Anatel, most of the board ruled that AT&T could keep Time Warner channels.

“It’s a mess. There’s no legal certainty. What happens to pay TV now? Anatel scrapped the cross-ownership ban then and now cleared linear channels over the internet. So what we have is that, in theory, no one would have to abide to pay TV license [rules] to offer pay TV anymore,” Tude said.

Recently, Claro and Oi said they were interested in producing and distributing content over the internet as part of a revenue diversification strategy if they were allowed to.

A change in the regulatory framework for pay TV to scrap the cross-ownership ban in the legislation is under discussion in congress.

Meanwhile, OTTs continue to gain ground while operators have remained tied to a model that no longer satisfies the user, who wants content on-demand and not hundreds of unwatched TV channels.

In July, according to Anatel, there were 15.1mn pay-TV subscriptions in Brazil, compared to nearly 20mn in November 2014, which was the peak for the sector.

And the economic crisis caused by COVID-19 is expected to accelerate the disconnection rates.

“It will not be a sudden change, but in the medium and long term this pay TV market will be reconfigured. I even think that this metric of number of subscribers has to be rethought. It is not that people are failing to subscribe to TV. They are migrating to another type of subscription,” said Britto.