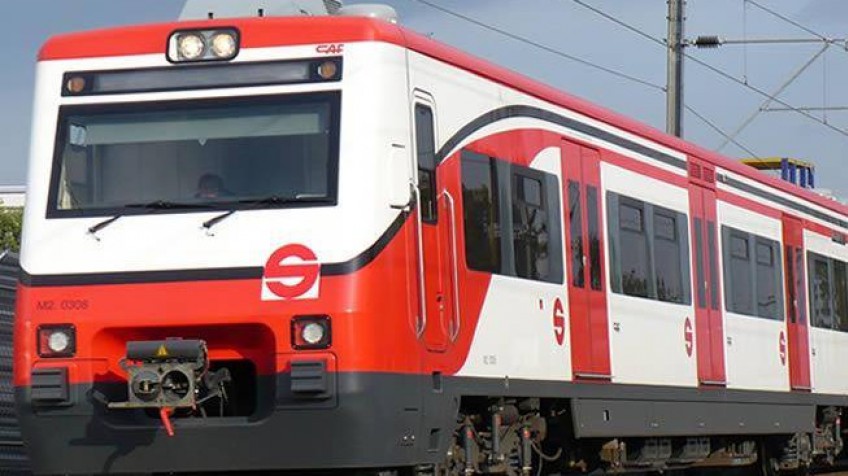 Mexican authorities are readying funding and permitting in order to begin construction of the 12.9bn-peso (US$645mn) branch rail line that will connect Mexico City to the Felipe Ángeles international airport (AIFA) later this year.

Works on the 23km Lechería-AIFA line were originally planned to start in late 2020 so that operations could begin the same year as AIFA, which is due to be opened on March 21, 2022. However, the government has not started construction despite having confirmed a concessionaire and the necessary investments two years ago.

According to public updates from the communications and transportation ministry (SCT), the finance ministry (SHCP) and the environment ministry (Semarnat) – brought to light by daily El Economista on Tuesday and Wednesday – works are set to begin on the rail line this year.

However, no work plan or estimated start date have yet been presented by officials.

The idea is to have the rail line operating in the second half of 2023, SCT’s director of rail and multimodal development, Manuel Gómez Parra, said at a streamed forum organized by the college of civil engineers (CICM) on July 12, highlighting several obstacles, such as invasion of the land on which the line will be built and obtaining all rights-of-way as the project’s biggest challenges.

The 23km line will be an extension of the existing Mexico City-Mexico state suburban rail system that connects the north of the capital with Cuautitlán in northern Mexico state. The branch would be extended northeast to AIFA from Lechería station, two stops before Cuautitlán.

It will have four intermediate stations plus the AIFA terminal being built by defense ministry Sedena. 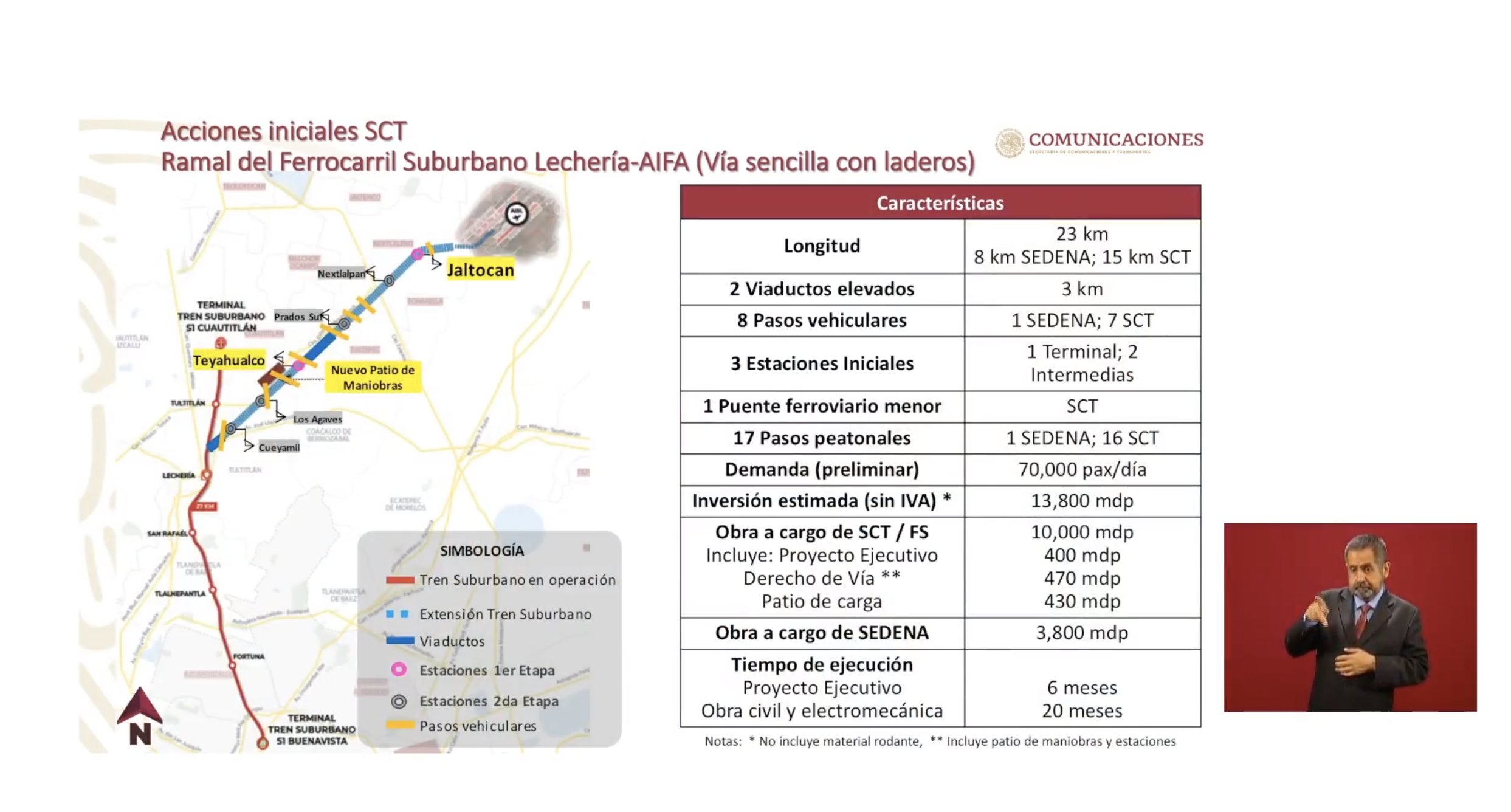 This image was originally presented during the morning press conference of President Andrés Manuel López Obrador on March 19, 2020.

The suburban train was built by Spanish railway operator CAF, who will join forces with the SCT and Sedena to construct the Lechería-AIFA line.

In its recently published “status of the economy, public finances and debt” report, the SHCP said the SCT has allocated 298mn pesos to the branch line project this year. Some 6.3% of that amount was spent in January-July to finance the executive plan for the rail link, the ministry said, adding that the overall cost of the project is now 12.9bn pesos.

Back in August 2020, when the project’s cost and benefit analysis was published, the line was estimated by Mexican consulting firm ADHOC Consultores Asociados to cost 12.4bn pesos, so there has been a 3.4% hike.

Of that amount, 81% would come from the federal government, 12% from the private sector and the remainder from municipal and Mexico state budgets.

Last year, the SHCP said the project would cost 26bn pesos, but that amount also contemplated contracts to operate and maintain the line for the next 30 years.