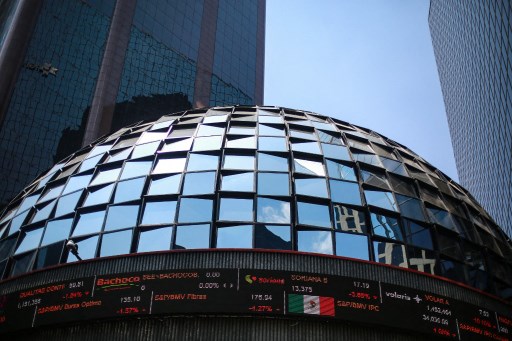 At least three companies involved in the infrastructure sector have announced plans to quit the Mexican stock exchange (BMV) this year, joining a longer list of firms who have decided to do the same in recent times.

“In the case of these companies, as well as those that have also delisted from the stock market, it is due more to internal factors and the financial strategy of the companies, despite the fact that we find ourselves in a complex economic situation nationally and internationally,” Humberto Calzada Díaz, chief economist at think tank Rankia Latam, told BNamericas.

“We don't currently see any signs of concern due to these exits from the stock market,” he said.

At the beginning of October, IFM announced it would attempt to take full control of Mexican infrastructure operator Aleatica through a public offering it is preparing for minority shareholders to buy the 14% that remains listed on BMV, a transaction that could cost it 8.9bn pesos (US$444mn), according to daily El Economista.

IFM acquired control of Aleatica, which formerly operated as OHL, back in 2018. The operator’s portfolio in Mexico comprises seven highway assets.

Meanwhile, Elementia and Fortaleza announced that they would go private last year, with their respective owners, conglomerates Grupo Carso and Grupo Kaluz, increasing their shareholdings to more than 99% and taking them off the market.

Although the conglomerates have not yet said what the future of the construction material companies will be, reports suggest Elementia will focus on building systems and metals, while Fortaleza will focus on cement production and sales.

Whether more infra companies decide to leave BMV “will depend on the situation,” Calzada said.

“In an environment of uncertainty it's difficult to attract national and foreign capital, in addition to stock market exits in recent years, we've observed that there have been no initial public offerings,” he said.

“From our perspective, we attribute this phenomenon to the economic panorama. When we find ourselves in a period of greater economic stability, we'll probably see this appetite among investors for new companies and their interest in financing themselves in the stock market,” the economist said.

Other companies that have announced their withdrawal from the BMV in recent times include CitiGroup, Raissini, IEnova, Bio Pappel, General de Seguros, Maxcom Telecomunicaciones, AeroMéxico, Lala and Banco Santander and others.

"The main benefit for companies is the capitalization they receive when they go public. However, not all companies have been successful, some of them aren't attractive to the investing public," Calzada said.

Despite the delistings, there are still various infrastructure giants on the stock exchange.

“These are companies that have already been in the market for a long time, added to the fact that they have been efficient in their management over time, it is one of the reasons why they've been attractive and remain in the portfolios of private and institutional investors,” said Calzada.