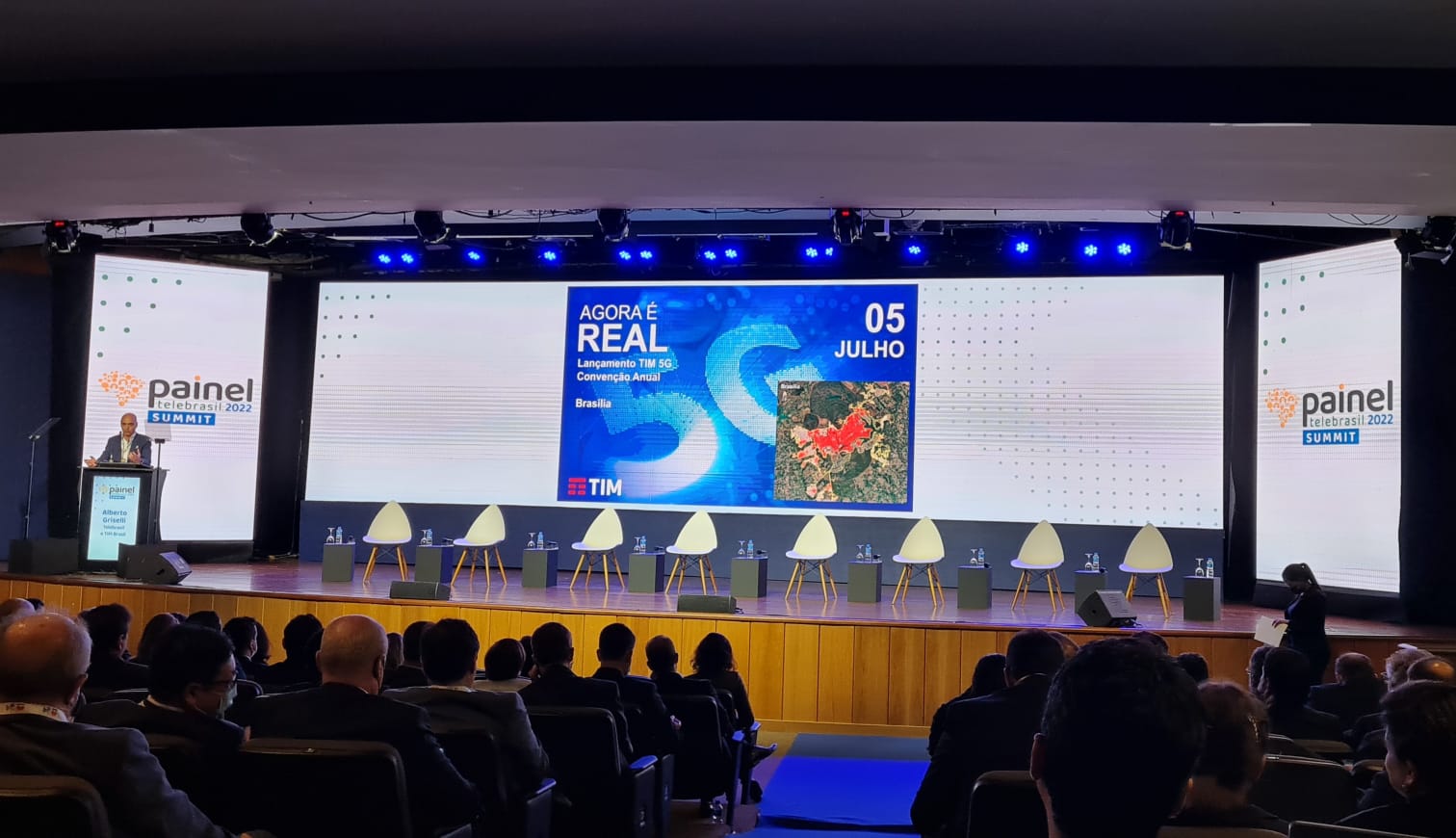 Brazilian carriers with nationwide 5G licenses in the 3.5GHz band, the prime one for the technology, are deploying more antennas than required for the first phase of the mandatory roll-out of the technology, according to executives.

Under current rules, operators must activate the first networks on the frequency in all 26 state capitals plus the federal district Brasília by the end of September. Activations must involve at least one antenna per 100,000 inhabitants.

Brasília is where the process of clearing the band is most advanced and will be the first city in the country to receive pure 5G. Activation is due in the coming days.

BNamericas has learned that operators intended to take advantage of the Painel Telebrasil Summit in Brasília this week to announce the go-live of their 5G networks in the city. For technical reasons, related to the installation of filters to avoid interference with satellite services, however, this was not possible.

According to an executive from a large network provider, the activation will take place next week, possibly by the three operators together – TIM, Vivo and Claro.

TIM CEO Alberto Griselli said during his presentation at the Painel Telebrasil Summit that the telco’s 5G will go live in the federal capital with around 100 antennas, which would be 2.5 times more than required.

Speaking to BNamericas on the sidelines of the event, Griselli said initial coverage will also be greater in the following state capitals due to receive the technology.

The CEO did not say what the next capitals will be, but there is a possibility that Curitiba, in Paraná, could be among them.

TIM is beginning its roll-outs with 5G antennas provided by Ericsson and Huawei, its current network providers for 4G.

Ericsson is supplying all three telcos, its VP for networks and managed services, Marcos Scheffer, told BNamericas. According to Scheffer, operators are buying and installing more antennas than initially required for the first phase.

Citing Taiwan’s experience, Ericsson LatAm South president, Rodrigo Dienstmann, said in his presentation at the event that an accelerated roll-out of 3.5GHz is critical for 5G to be quickly monetized.

Dienstmann also said that mobile telephony is “stagnant” in the world, that fixed telephony is in “semi-extinction,” fiber is seeing ample growth, 5G is beginning to ramp up and OTTs have emerged as important players in the telecom sector.

He also said Brazil is the only country with three nationwide 5G standalone (SA) networks in the process of becoming operational.

5G SA involves spectrum exclusively dedicated to the technology, while non standalone (NSA) 5G uses a mix of different spectrum, including those of other technologies, to complement the 5G transmission.

Huawei is providing antennas to two of the three operators that have acquired national licenses in 3.5GHz, namely Telefônica Brasil, Claro and TIM, Atilio Rulli, senior director in government and public affairs, told BNamericas during the event. Rulli did not specify which is the carrier other than TIM.

Talking to reporters at the event, Marcelo Motta, Huawei Brazil’s head of cybersecurity and solutions, said operators are “aggressive” in their initial 5G roll-outs.

According to TIM's Griselli, more than 80% of the phones available for sale by the company are already suitable for the frequencies licensed in the country.

Huawei's Motta, however, said that the price of the terminals is a limiting factor. He said that, under “normal” conditions, it takes an average user 3.5 years to replace a handset for a new one, but that tight household budgets and inflation currently weigh against that.

Rulli said operators could resume subsidies for the sale of cellphones and backed lower import duties to increase competition and reduce prices.

Otherwise, executives say, there is a risk of having 5G networks ready for few users or of making 5G reach only a portion of the population.

Nine states, including the Federal District, have results above the national average, reveals a study by Serasa Experian.

Want to read more information about Pure 5G set to kick off in Brazil with ‘aggressive’ initial roll-outs?