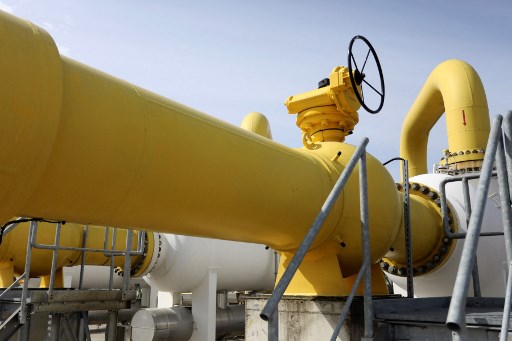 Argentina is advancing two major midstream projects and eyeing others against a backdrop of rising output and appetite to keep increasing production and exports.

The projects close to construction launch are chiefly designed to ease an oil and gas dispatch bottleneck at the fast-growing Neuquén basin and support oil exports via Puerto Rosales in Buenos Aires and a cross-border pipeline to Chile.

Higher domestic gas transport capacity and the subsequent rise in production that would likely follow, may also help lever open the door for potential investment in LNG export infrastructure if other parts of the jigsaw fall into place, such as achieving macroeconomic stability and establishing a regulatory framework.

The appetite of Argentine hydrocarbons firms to keep their foot on the production accelerator is being partly whetted by favorable export prices and global demand outlooks. The government primarily sees the industry as a golden goose with a central role to play in efforts to revitalize the battered economy.

Upstream investment has chiefly centered on unconventional hydrocarbons operations in the Neuquén basin, home to the Vaca Muerta shale play, where gas and oil output climbed 32.8% and 49.0% year-on-year, respectively, in July.

This month, however, an upstream consortium bucked the trend by announcing a final investment decision on a US$700mn gas project offshore Tierra del Fuego province. Estimated output at production launch is 10Mm3/d.

Gas pipeline General San Martín, operated by transporter TGS, runs between Tierra del Fuego and Buenos Aires province, carrying gas from fields in the Austral and Golfo San Jorge basins. The San Martín duct, with injection capacity of 41.1Mm3/d, has room to carry more, based on data from regulator Enargas' 2020 annual report. The report states that 31.8Mm3/d was injected that year.

The biggest midstream gas project in Argentina is the first phase of the Vaca Muerta pipeline, which comprises a central duct and ancillary components, whose price tag, disclosed last year, is around US$1.6bn.

The government wants the publicly funded 558km first phase in service by around the middle of next year. Hitting this target would likely require construction work to get underway this half.

Once first-phase work is complete – and if officials install compression infrastructure as planned – Neuquén basin dispatch capacity, currently 75Mm3/d, would grow by 20Mm3/d.

In the second phase of the megaproject, capacity would grow a further 20Mm3/d, boosting Neuquén basin gas dispatch capacity to 115Mm3/d. An associated engineering tender for second phase work has been launched.

In terms of oil, the current focus is on increasing export capacity via two main transport projects.

Engineers are working to bring a 425km Argentina-Chile pipeline back into service by the end of March. Argentine state oil company YPF has previously said it planned to export 100,000b/d to Chile by end-2023.

Domestic oil pipeline operator Oldelval, meanwhile, is preparing to break ground on a US$750mn project to build a new duct and carry out pumping station work.

Oldelval – which transports around 90% of oil produced in the Neuquén basin – plans to boost dispatch capacity to 72,000m3/d (452,866b/d) from 36,000m3/d, easing a bottleneck resulting from rapid growth at the Vaca Muerta shale play.

The new duct would complement existing infrastructure in place between the basin and maritime export facilities at Puerto Rosales in Buenos Aires.

Amid prospects of stronger natural gas production in Argentina, companies have several export-focused projects on the drawing board.

Among them is one to expand nameplate capacity of the GasAndes duct, which carries Neuquén basin production to Chile’s Santiago Metropolitan region, to 17Mm3/d from 10.5Mm3/d currently.

Federal energy department officials are also exploring ways of boosting exports via the 5.2Mm3/d Gasoducto del Pacífico, which runs between Neuquén basin gas field Loma La Lata – where state hydrocarbons firm YPF has production assets – and Chilean region Biobío. The duct carried 350,000m3/d in August, up from zero a year earlier, according to data from Enargas.

Another project targeting Brazil, the Vaca Muerta-Brazil pipeline, has been mulled in recent years.

Amid forecasts of continued decline in deliveries of gas from Bolivia, Brazil is expected to turn to Argentina to help bolster supply.

As Oldelval advances its project, stakeholder YPF recently announced a parallel initiative to build an oil terminal in Río Negro province’s San Matias gulf and an associated pipeline that would feed it with oil from Vaca Muerta.

The jurisdiction’s congress recently amended legislation, a controversial move that opened the door for hydrocarbons development at the previously protected area.

Oldelval also has another disclosed oil pipeline project, under a 2027-37 investment plan. The project involves a US$39mn expansion of the Lago Pellegrini-Allen stretch, according to information in a resolution published this month.

LNG OPTIONS ON THE DRAWING BOARD

LNG export projects are also being considered. On account of the major investments needed, firms are likely waiting for a stabilization in macroeconomic conditions and favorable regulatory signals from the government and production signals from the industry.

Companies eyeing LNG liquefaction opportunities in Buenos Aires include YPF, which has an existing project and is looking at options in partnership with its Malaysian counterpart Petronas. The firms are also exploring transport projects.

TGS and US energy logistics firm Excelerate also have a joint project in the province.

Local hydrocarbons firm Tecpetrol is considering a plant in Río Negro province, according to Bloomberg.

CGC and a local energy lawyer said recently that gas could be piped to Chile and converted into LNG there and then shipped on by sea. Existing gasification infrastructure would need converting.