Mexico state’s system of highways, airports, and related and auxiliary services (SAASCAEM) is tendering a 30-year concession to design, build, operate and maintain a 27km arched highway that will provide access to the airport from the north, east and west.

This is the latest project to be added to the series of connectivity plans that will link Santa Lucía airbase, where defense ministry Sedena was ordered to build the airport by March 2022, with the metropolitan areas of the Valley of Mexico.

According to Sedena, works will provide connectivity to AIFA through access points and create routes toward the Mexico-Pachuca and Circuito Exterior Mexiquense multi-state highways.

The former starts in Mexico City’s northeastern outskirts and extends to Hidalgo state, and the second comprises toll roads that connect northwest and southeast Mexico state by crossing through the country's capital.

BNamericas takes a look at key projects included in the AIFA highway access plan. Two are being built by Sedena, while Mexico state authorities and federal entities will start works on the others soon.

The tender for the newest project, which does not yet have an investment amount, was launched on September 14 and SAASCAEM will pick a winner on December 7, according to the tender calendar.

The project comprises two new access routes from the country’s northwest, mainly Querétaro city in Querétaro state and Toluca city in Mexico state; and the east, from Pirámides, Tulancingo and Tuxpan municipalities, also in Mexico state.

The 27.1km arched highway will cross the Mexico state municipalities of Tultepec, Nextlalpan, Tonanitla, Tecámac and Acolman and include four junctions with the Circuito Exterior Mexiquense highway, the airport, the Mexico-Pachuca highway and Ecatepec-Pirámides highway.

Works should start next year and operations in 2022. 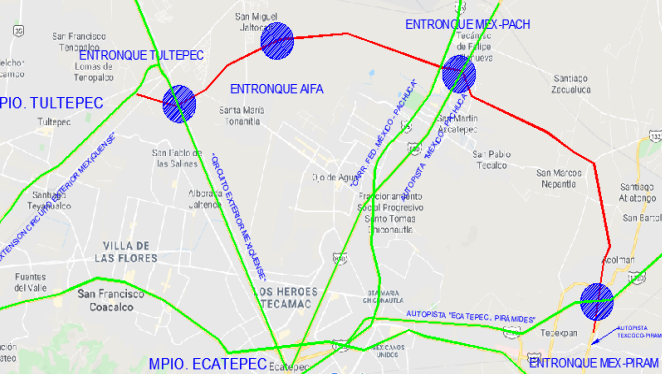 Sedena started works in 2019 and expects to conclude them by mid-June 2021, according to the ministry’s work calendar.

The highway will shorten travel time between airports to about 35 minutes, according to a progress report video that Sedena released on September 7.

It contemplates two parallel roads with three lanes each.

"A road collector is also going to be built to connect the Chamapa-Lechería highway with the Circuito Interior Mexiquense and with the access road being built at the airport," colonel Javier de Jesús Santiago Cazares, in charge of the project, said in the video.

According to daily Excelsior, the highway is Sedena’s most expensive project, followed by the two passenger and cargo runways that were estimated at a combined 10bn pesos.

The main one connects the Interconexión vial tramo caseta Tultepec-Santa Lucía highway with the airport in the western area of Santa Lucía, which will directly lead to the passenger terminal.

The original proposal included a viaduct with four lanes in each direction. However, in the video, major José Antonio Hernández Guerrero said there will be a five-lane access road at ground level and a six-lane access viaduct above.

These complementary works also began in 2019 and are expected to be completed in October 2021, according to the ministry’s work calendar. 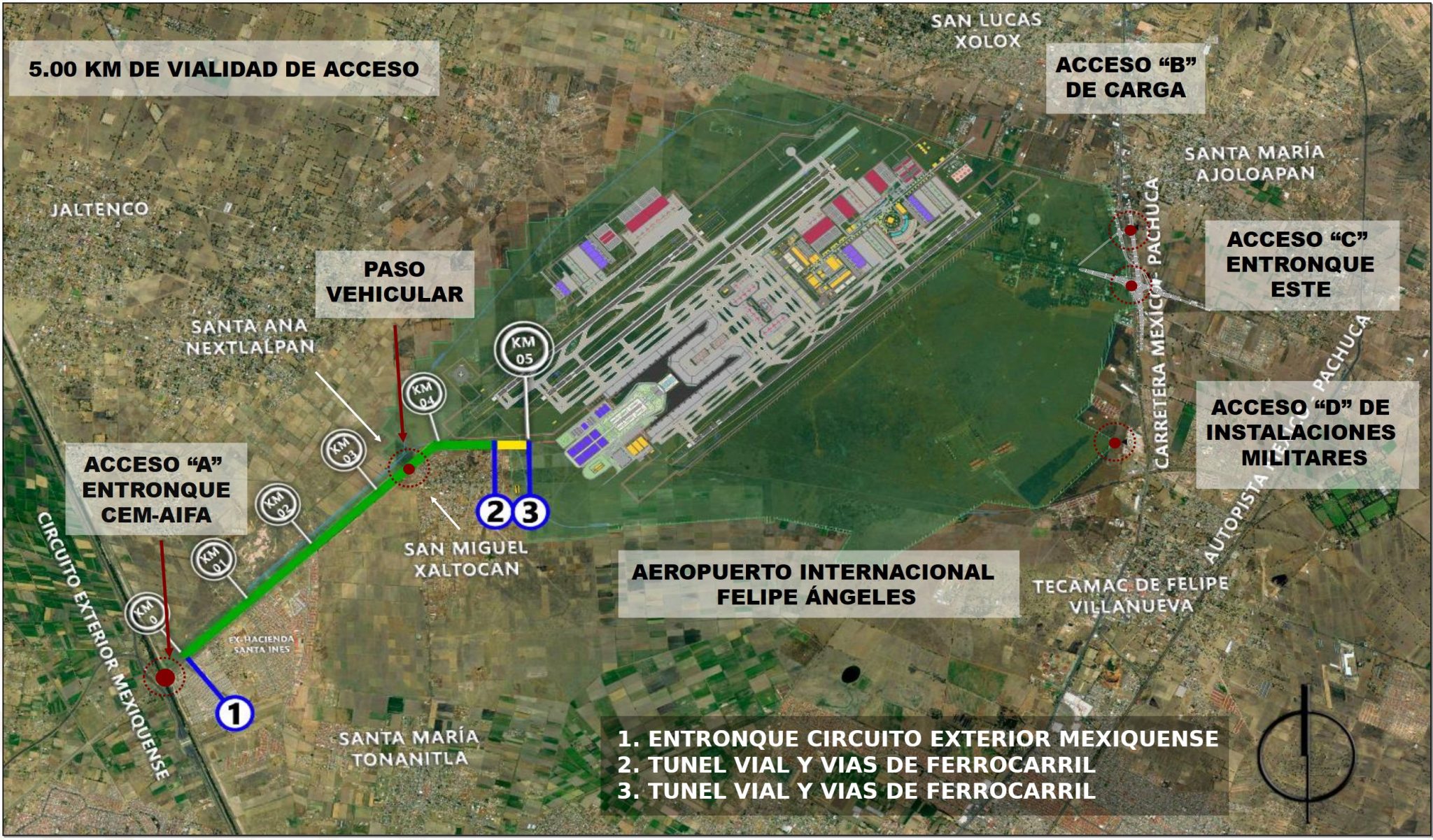 At least two other major highway connection projects are planned, but details are lacking.

The projects involve extensions or additional branches to the Mexico-Pachuca highway, state governor Alfredo Del Mazo announced on March 19 during the presentation of AIFA mobility projects.

It is unclear when the state will tender them, but it plans to conclude all works before the airport opens.

Aside from the highways, the government will also build the 26bn-peso (US$1.2bn), 23km light rail line to AIFA from one Mexico City-Mexico state suburban train station, and there are plans to extend three BRT systems. 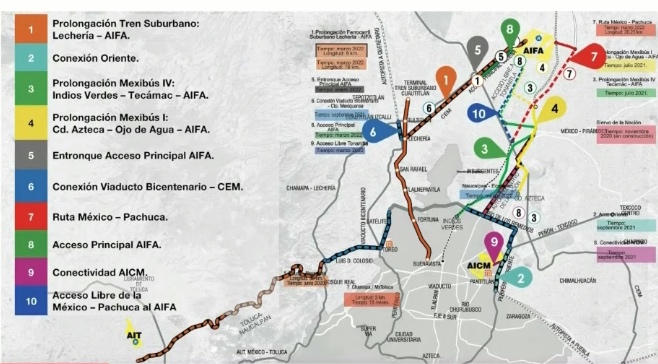