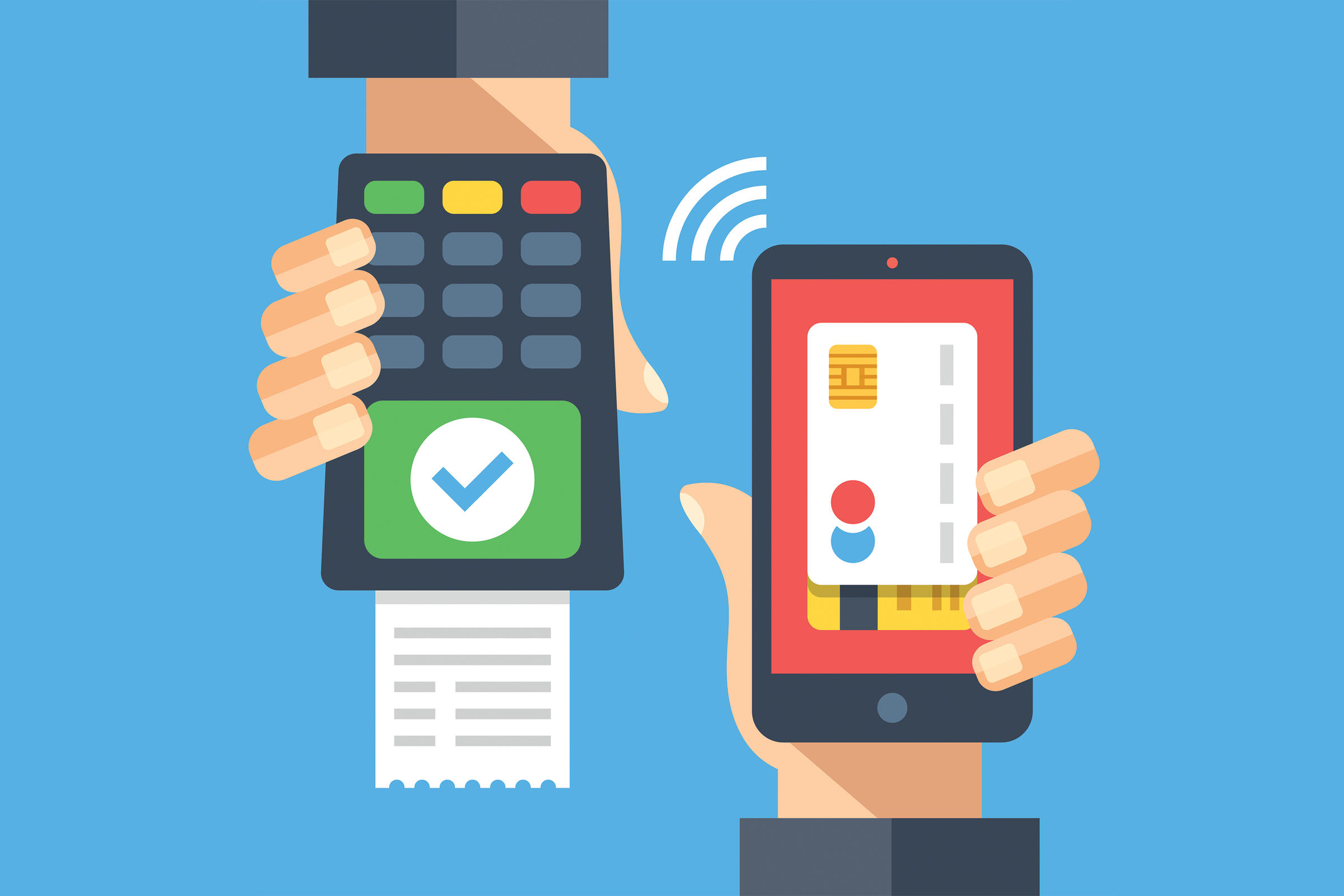 The Brazilian banking industry is expected to invest 35.5bn reais (US$6.68bn) in technology in 2022, up 8% on last year, according to the annual survey on banking technology by Deloitte for banking association Febraban.

All these investments focus on cloud, artificial intelligence, robotics process automation (RPA, or chatbots), and internet of things.

According to Febraban, local banks account for 14% of technology investments in Brazil, second only to the government at 15%.

BNamericas takes a look at the technology investments of the four largest banks – Banco do Brasil, Itaú Unibanco, Bradesco and Santander.

Banco do Brasil invested 3bn reais in technology in the first nine months of the year. This pace puts it on track to surpass, at year-end, last year’s 3.8bn reais.

Since 2016, Banco do Brasil invested 24.5bn reais in technology.

The bank has defined the “acceleration of digital transformation and innovation” as one of five pillars of its business strategy for 2023-27, and claims to have one of the largest technology parks in Latin America, processing up to 14.6bn transactions per day.

The share of clients using the digital channels (internet and mobile banking) reached 92.7% in the third quarter, up from 90.7% in the same period of 2021. As of September, 26.9mn users were considered active customers on digital platforms.

These channels represented 28.1% of all personal credit disbursements and 12.7% of paycheck deductible loans in Q3.

Also during the quarter, 27.4% of all service operations, such as investments, card requests, account openings and capitalization, insurance and consortium, were carried out digitally, according to the bank.

Only 5.3% of these interactions were transferred to human support, as the chatbot resolved most problems.

Banco do Brasil also reached the milestone of 1mn unique customers sharing data from other institutions with the bank under the concept of open banking, or open finance. Of this total, 85% have received personalized offers using shared data.

Over 3,000 applications/services are performing millions of operations per day in the cloud, according to the bank.

Banco do Brasil is also doubling down on venture capital moves. In 2021, the bank made the first investments in venture capital funds. Its Corporate Venture Capital (CVC) program targets govtechs, fintechs, agtechs and client experience, with a focus on mobile and open banking.

CVC's focus is on startups in the seed stage and series A, with tested products and clients.

The bank is also the biggest lender for agribusiness in the country and has advanced partnerships to take innovation to the field. Broto, a digital platform focused on this segment, has been in operation for two years.

"For the agribusiness segment, from small to large farms, we have been scaling up the digital platform Broto, which has already more than 2mn reais in [disbursed] business in two years, getting farmers access to banking and non-banking products and services," CEO Fausto Ribeiro said in an earnings call.

“As the biggest partner of Brazilian agribusiness, by September we had disbursed 63.5bn reais for the 2022-23 crop plan.”

Banco do Brasil is also partnering with startup FieldPRO on climate intelligence and data science to offer the tool to rural producers. The solution is available on the Broto platform.

Brazil’s leading private sector bank, Itaú, plans to migrate 60-70% of its services and systems to the cloud as part of a 10-year contract signed with global public cloud leader Amazon Web Services (AWS).

The plan is to update and migrate around 50% of more than 3,700 services to AWS’s cloud by year-end, according to the bank, ramping that up over the years.

In December 2020, Itaú tapped Amazon Web Services for carrying out this cloud migration, seen as one of the largest AWS contracts in Latin America.

Itaú’s 2030 iRetail program is intended to accelerate the integration of digital and physical customer services for better synergies. Itaú calls it a phygital strategy, in which customers choose the type of relationship.

The share of digital interactions – contracts, transfers and payments made electronically – reached 92% in the third quarter of 2022, up from 88% in the same period of 2021.

He added that Itaú's digital transformation has been reflected in the increase in customer satisfaction rates, the net promoting scores, which in turn helps generate better financial results.

In the third quarter, 70% of product purchases by individuals were carried out digitally, while in the first nine months, digital purchases accounted for 68%, an increase of 15 percentage points compared to the same period in 2021.

Around 33% of credit operations were carried out through digital channels in Q3, down from 38% in Q3 last year, as well as 47% of all investment applications, down from 51%. In payments, the digital rate was 87%, up from 86%.

Itaú increased the number of investment advisers and, as part of its commitment to speeding up digital transformation, hired technology staff, leading to a workforce increase of 1.6% year-to-September, compared to the same period last year.

At the same time, Itaú has reduced the number of branches. By the end of September, the bank reported 391 digital branches and 2,788 physical ones, considering Brazil and its eight other regional markets, compared to 202 and 3,035 in September 2021.

Itaú is also betting on startup investments and partnerships, including through M&As, and has a corporate venture capital fund on the equity side.

Itaú Unibanco was the first Brazilian bank to invest in 5G, in partnership with Telefônica Brasil. Tests have been taking place since December 2021.

Now, the bank plans to deploy 5G in 100 brick and mortar branches in five Brazilian states, using the telco's 3.5GHz antennas. The branches in the first phase are in the cities of São Paulo, Rio de Janeiro, Belo Horizonte, Curitiba, Goiânia and Aparecida de Goiânia.

Bradesco, the second largest private bank in the country, will grow its digital initiatives through partnerships with startups, among others, as it seeks to deepen its relationship with customers and cut operational costs.

"We are now at full speed in transforming the bank. [W]e are undoubtedly one of the largest digital banks in Brazil, while maintaining the greatest physical presence among peers," investor relations officer Leandro Miranda told a conference call.

According to Miranda, these actions have helped contain the increase in administrative expenses at 6.2% for the year.

Digital channels accounted for 98% of the total transactions between January and September, with mobile and internet accounting for 93% of the total. As of September, 71% of the bank's account holders were digital, up from 66.8% in September 2021.

Of the total loans issued in the third quarter, around 37%, or 30bn reais, went through digital channels, with emphasis on payroll-deductible loans in the ‘individual’ segment, representing growth of 14% year-on-year.

In consortiums, Bradesco’s sales originating in digital channels represented around 26% of total origination year-to-September, with relevant performance in the agribusiness and real estate market.

The digital drive has allowed the bank to merge or shut down a sizeable number of physical branches. According to Miranda, Bradesco has also been reducing its overall labor force, while expanding its base of personnel dedicated to IT and digital transformation.

In August, Bradesco subsidiary Bradescard México announced a deal to buy Ictineo Plataforma, a popular financial institution that operates with individuals in Mexico.

"The business will allow access to regulatory authorization to distribute new products and expand our performance to be similar to a digital bank in Mexico with the aim of gaining a more robust presence," the bank said in its Q3 report.

Bradescard México is a leading consumer credit financial company in the retail chain segment, but does not have a license to act in other financial business sectors, as it operates as a limited liability company in Mexico.

The conclusion of the transaction is subject to approval by Mexican banking and securities commission CNBV and Brazil’s central bank.

Bradesco targets reaching 75% of digital channel transactions running in the cloud by 2025, with Microsoft Azure as the main provider.

"The cloud corroborates with our digital ecosystems, innovating business models with partners that can generate value – considering financial and non-financial services, as well as enhancing the use of other technologies, such as artificial intelligence – integrated into projects, such as Brain and CRM, and the novelties, with their potential additions, like Metaverse and 5G," the bank said in a release.

As of May, around 80% of Santander's processes were running in the cloud.

The global strategy involves a multi-cloud and hybrid environment, bundling private cloud with public cloud from AWS and Microsoft.

So far, it has received 2.4mn active inbound consent requests in open banking (open finance), which is reportedly 2.3 times higher than outbound requests.

The bank has expanded its footprint by offering new services and entering markets through both organic and inorganic growth, including 12 acquisitions and partnerships over the last two years.

"Open finance is slowly becoming a reality. We’ve done already 2.4mn inbound permissions, which is twice the number of outbound requests. With time, we will extract a lot of value from our open finance as well," CEO Mario Leão said in an earnings call.