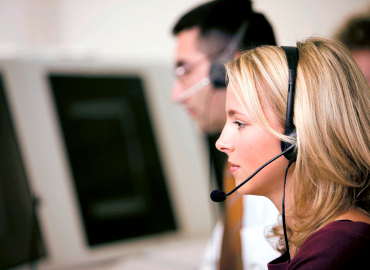 One of the main disruptions brought by the coronavirus crisis has been the question of where people will be working from.

Remote work became the solution for many companies as economies closed, and quarantines and social distancing measures were enforced by governments.

For these companies the new working model is likely to become a permanent reality even after the reopening of economies.

Many say they will extend the practice until the end of the year. Others are going a step further and have announced that most of their employees will not return to the office.

In Brazil, this trend has mainly been seen in the technology, financial and telecom sectors, but it is expected to become widespread in all sectors where work can be performed remotely.

“We carried out a survey with our employees and 72% of them say they have a better quality of life working from home. But for us the so-called home office depends a lot on the client. If the customer says ‘this project here I don't want your employees to have access to from home', I have to serve him from the office or in person,” Benjamin Quadros, CEO of BrQ, a Brazilian software provider with operations in Brazil and the US, told BNamericas.

“But apart from that variable that I don't control, the new normal is another. We will not terminate the office, but it’s right now being redesigned as a place to share, with booths,” said Quadros. “My business is about ensuring the productivity of teams of eight people, no matter where. We’re working to go into 2021 assuming it will be everyone in the cloud.”

There are no plans for a gradual return to offices yet, Quadros added.

CI&T, a Brazilian multinational specialized in digital transformation, decided to extend on an optional basis the period of remote work until year-end for more than 2,300 employees in Brazil.

A series of changes are set to occur in 2021 as the company is evaluating several forms of remote work, including on a permanent basis, said Carla Borges, head of people at CI&T. The company plans to make these changes in a structured way that includes input from the employees, according to Borges.

Banco BMG, the largest lender in Minas Gerais state, has adopted the remote-work model until the end of the year for all employees in the corporate banking sector.

BMG decided in March that more than 1,000 of its staff would work from home.

According to the bank, the decision aims to minimize circulation and the risk of COVID-19 exposure, thus preserving the health of both employees and their families.

BMG president Ana Karina Bortoni Dias said it is “undeniable” that the post-crisis scenario will be shaped by a new normal.

"Work from home works well when there are good strategies to keep employees engaged," she said.

The third largest telecommunications operator in Brazil, TIM, recently said that 98% of its employees want to work from home at least once a week after the crisis; and 90% would like to adopt the modality twice a week or more.

More than 5,000 employees participated in the study, which will be used as a basis for the carrier’s plan to resume on-site activities. TIM already said that no staff would return to the offices until the end of August. The telco has been operating with around 7,500 remote employees since March 20.

TIM also expanded its health program and now offers the possibility of medical care from home. Employees and their dependents have access to Einstein Conecta, a service carried out via cell phone and computer by professionals at the Israelita Albert Einstein hospital.

Another company in the technology sector, Claranet Brasil, said it would let its employees decide whether to return to work on-site or not.

The firm’s staff has been using the home-office model before the pandemic and has therefore not faced any difficulties adapting to the new scenario, the company said in a statement. Claranet, which operates in nine countries, also said it extended several HR benefits, including 24-hour medical support, to its remote staff.

The company has no plans to downsize its offices, but said it will continue the move into the cloud-based segment.

On the fintech front, Brazil’s biggest digital broker XP recently released a document with its vision for what the group's work format may look like in the future.

Among the proposals being considered are the adoption of remote work on a permanent basis and building a new headquarters in the interior of São Paulo.

Meanwhile, RecargaPay, a fintech focused on mobile payments, said it has permanently changed to the home-office model. The firm has more than 280 employees.

Digital real estate company QuintoAndar announced the extension of remote work until December, and will make it a permanent option for employees who prefer this format.

The measure covers approximately 1,000 direct employees in São Paulo and Campinas, who have been working remotely since March 13.

The goal, the company said, is to preserve the health of employees until there is a vaccine for COVID-19.

After the pandemic, the idea is that QuintoAndar offices become centers for meetings, events and training, in addition to a base for those who prefer to work in a physical office.

To support employees at home, QuintoAndar leased office chairs and introduced flexible working hours for people with children. The company also launched a personal and psychological support program for employees with doctors dedicated to telemedicine care.

The trend of remote work also reaches companies in the construction sector. Some 150 employees who worked at the Rio de Janeiro office of LafargeHolcim, a multinational manufacturer of building materials, will not return to the office once the crisis is over, according to a report in local business daily Valor.

Mário Braga, senior analyst for Brazil at Control Risks, spoke with BNamericas about the signs that Lula is giving about his government with the pe...

The M&A appetite among companies is likely to increase next year amid reduced political risk, an expert tells BNamericas.