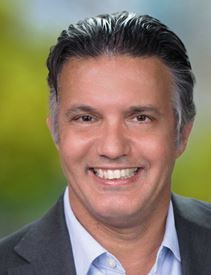 Mining exports totaled US$2.2bn during the first seven months of this year, up 7% year-on-year, according to the economy ministry.

While investing in Argentina has some benefits, companies must also grapple with high inflation, political uncertainty and exchange control regulations that require extensive knowledge of the legal framework.

Adolfo Durañona, lawyer and principal partner at Baker McKenzie, provides a sector overview and some details about the country’s mining legislation in this interview conducted via email.

Durañona: The industry does not use local financing. Usually, projects use equity or foreign financing, so the increase in interest rates in pesos doesn't significantly affect mining projects, but it affects local suppliers. Inflation was up to 7% in July and led to monitoring salaries and negotiations with unions.

Mining companies must convert the proceeds of their exports at the official dollar rate, which has fallen behind inflation for the last 18 months. Economy minister Sergio Massa has made statements about the importance of the industrial sector, but no specific incentive for mining has been issued.

BNamericas: How is the legal framework formed?

Durañona: During the last four years, except for decree 234/21 that grants certain exchange control benefits for mining investments over US$100mn, the country hasn't issued any law or regulation to encourage development.

The main changes in legislation were done between 1993 and 1995, when the mining code was reformed and private parties were granted greater access to exploration and exploitation areas, expanding the areas and limiting the right of state companies to reserve areas. In 1993, a promotional regime was created with the mining investment law.

In relation to decree 234/21, companies are subject to severe restrictions to access foreign currency; however, this decree tries to help companies by allowing them to use up to 60% of proceeds obtained from export investment for: (i) the repayment of principal and interest of foreign commercial or financial debts; (ii) distribution of profits and dividends and/or; (iii) the repatriation of direct investments made by non-residents. The benefits are for:

The benefit may not exceed the annual maximum of the gross amount of foreign currency that entered Argentina, which depends on the amount invested. This regime grants stability in foreign exchange matters for 15 years and the term for the benefits is three years, starting April 6.

However, few companies have used this regime, either because it requires wiring all investment dollars through the official market, preventing them from using another investment mechanism, or for other reasons.

BNamericas: And at what stage is the electromobility bill?

Durañona: The bill is with a lawmaker committee whose opinion is pending. The executive branch is promoting approval, but it is uncertain if it will be approved this year. The aim of the bill is to promote investments that allow sustained development of national supply of vehicles powered by non-conventional sources and encourage their use.

It provides benefits, both for the demand side (vehicle buyers) and the supply side (auto parts, battery manufacturers, etc). For buyers, tax allowances are included through a type of green bonus, except for personal asset tax, as well as differentiated tolls. For producers, there is also a tax allowance through another type of green bonus and a plan to renew and convert public transport.

On investments, the bill grants early refund of value-added tax, accelerated depreciation on income tax, netting of losses against profits and tax allowances, among others. Benefits will be granted as follows:

Additionally, the bill states that any new vehicle not adhering to the definition of sustainable mobility included in this bill may not be marketed from January 2041.

Durañona: According to the mining ministry, 87 projects are in different stages of progress; 17 in production, three under construction or expansion and 12 have gained technical and economic feasibility. The main projects are:

San Juan province: The Josemaría copper project, owned by Lundin Mining which in April obtained environmental approval; the Veladero gold project, owned by the Barrick Gold-Shandong Gold consortium, which announced investments [of over US$400mn] that include the extension of the useful life [until 2033].

Catamarca province: The Salar del Hombre Muertolithium project, owned by Livent, is in the production stage. Tres Quebradas owned by Zijin Mining and Sal de Vida, owned by Allkem, are both under construction.

Jujuy province: The Salar de Olaroz lithium project owned by Allkem is producing and Ganfeng Lithium’s Cauchari-Olaroz is under construction.

Santa Cruz province: The gold projects of Cerro Moro, owned by Yamana Gold, and Cerro Negro, owned by Newmont, are both producing, while Cerrado Gold's Don Nicolás project is operating and being expanded.

BNamericas: What are the sector’s prospects?

Durañona: If we consider that most of the legal changes to promote the industry started in 1993, there are many successful projects and the industry may export US$4bn this year. However, this is far from [the sector’s] potential. Chile, for example, exported US$57.8bn in 2021. Political and economic volatility, inflation, exchange control restrictions and lack of infrastructure are the main reasons that delayed the development of this industry.

With the energy transition, Argentina is well positioned to take advantage of new mineral demand. Many projects are being analyzed and more may come. Companies may acquire projects without having to deal with governmental approvals and most mining provinces are supporting the industry’s development.

Mining can generate the resources the country needs, but it also needs a stable legal environment.

BNamericas spoke with Franco Mignacco, president of the Argentine chamber of mining entrepreneurs, to find out more about the implications for the ...