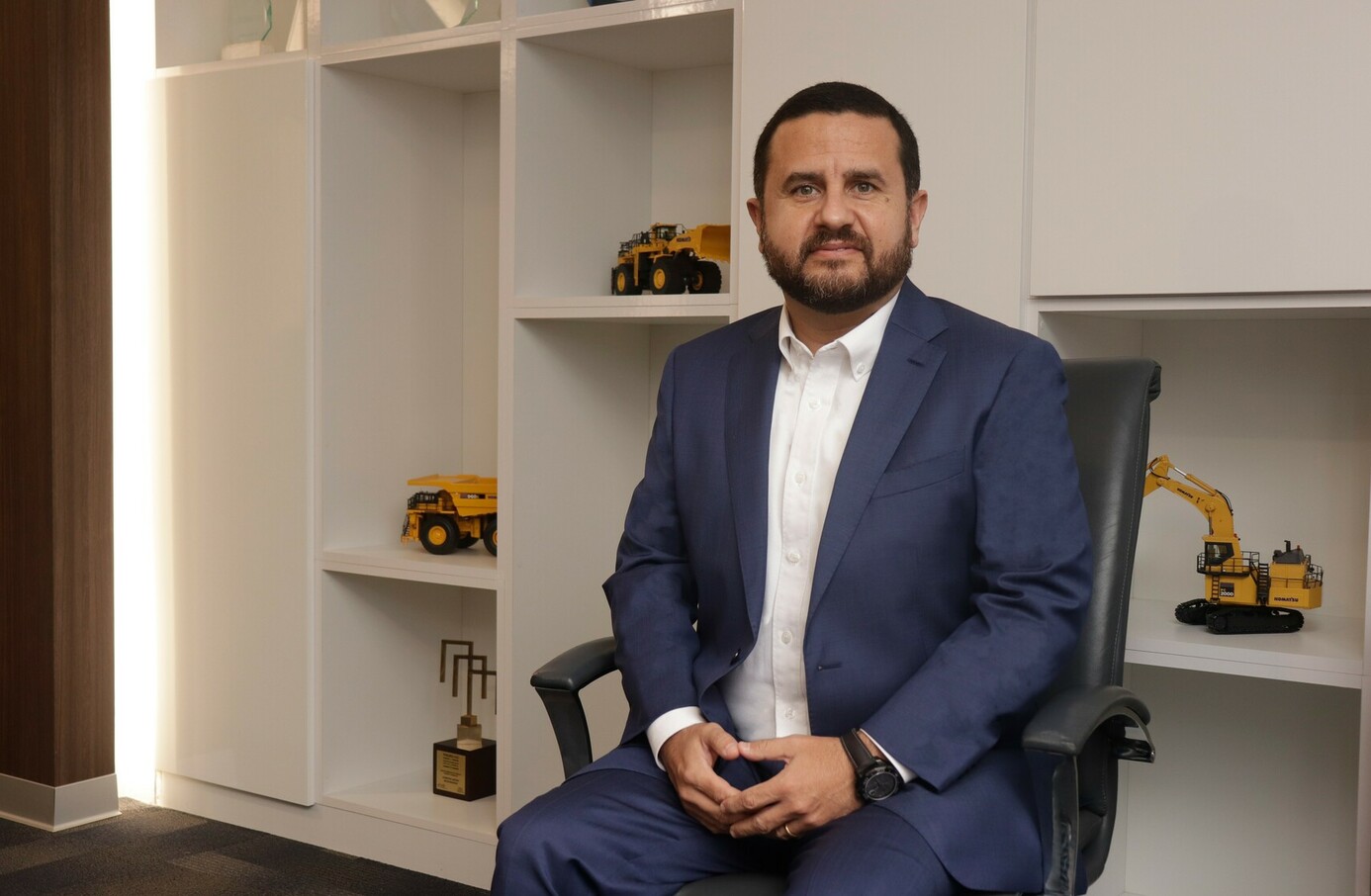 Heavy machinery is a product segment that involves large investments by firms in the mining and construction sectors. Amid increased pressure to reduce emissions, companies need to adopt new technologies and ways of working to improve the sustainability of their operations.

Komatsu-Mitsui Maquinarias Perú (KMMP) is a distributor of Komatsu heavy machinery and Cummins engines, and its business includes post-sale and digital services. In its portfolio it also has brands such as Bomag, Manitou and D'avino.

In this interview, BNamericas speaks with VP Julio Molina about the new technologies and joint product development with mining clients, as well as sales volatility and KMMP's outlook for 2023.

BNamericas: What is the focus of KMMP's operations in Peru?

Molina: In general, mining represents 70% of KMMP's business, while the other 30% comes from the construction sector. The business itself is volatile since we work with few units of high value.

BNamericas: How has your recent performance been?

Molina: 2021 was a pretty good year. In the mining sector, we sold fleets of trucks to Antapaccay [owned by Glencore] and Toromocho [Chinalco], a total of 35 trucks. In construction, the government-to-government agreements – a mechanism by which the country contracts goods, services and works with another government, via reconstruction authority ARCC - gave us a good boost and almost all our fleet is leased.

This year the share of the mining business declined a bit, especially in terms of trucks. It is a very cyclical business and 2022 was not a year of purchases. We basically focused on testing new products and providing operational support to clients. The construction sector continued at the same pace [as in 2021]. We are now closing a good 2022, not so much in sales but in terms of profitability. When the latter is good, the business is healthy.

BNamericas: Reducing emissions is a key factor for mining companies. How have you addressed this issue at KMMP and with the market?

Molina: In the past we were talking about productivity and ore grades. Today we are talking about sustainability, how we generate autonomous mines, security, and the entire digitization process that opens up new opportunities.

Regarding KMMP, initially there was a problem since our assets are long-term investments and several units run on diesel. Given this situation, we partnered with large mining companies and are developing a new 'agnostic' truck that will not depend on any particular type of fuel. The concept is being developed together with BHP, Codelco and other major mining companies.

BNamericas: What are the features of this truck?

Molina: Our trucks are already electric, but they have a power module that runs on diesel. The truck that is being developed comes with this possibility, diesel, but if the technology is developed correctly in the future the module can be changed and a battery pack can be installed to have a truck that is 100% electric. In the medium term, the idea is to be able to replace the battery pack and change it for one powered by green hydrogen.

The idea is that the mining firms can continue with their developments and gradually adopt the technologies that become available in the future. There will be countries that will develop technologies according to a series of aspects and limitations. There is a very interesting transition involving fuels and products.

BNamericas: When will these initiatives enter the market?

Molina: Komatsu has a prototype battery-powered truck, its sale will begin between 2026 and 2027. Trucks with hydrogen cells – for those transporting 300-400t, which is the need of Peruvian mines – will be entering the market in 2030. There are prototypes, but the technology must be given enough time. The mining sector will see a very interesting redesign and way of working in the future.

BNamericas: What other eco-friendly proposals are being promoted?

Molina: The possibility of installing electrical lines – similar to those of a tram – is re-emerging, which is a technology that was used in mines 30 years ago. If a mine has clean power, a trolley line can be installed and power part of the truck ride. There is an immediate reduction in CO2, and we are working with some mining companies and electricity providers to achieve this.

On the other hand, we have made progress with the automation of electric trucks. It is no longer enough to have only one autonomous section in a mine. You need autonomy on all fronts of the operation and all clients are talking about this. We already have an autonomous project in Peru, and we are going to have more projects in the short term.

BNamericas: What is your outlook for the end of this year?

Molina: It will be good in terms of profitability. We are pleased that we are testing various equipment at several mines. We are testing four in Antamina and three in Cerro Verde. We have also closed the sale of a couple of trucks to the latter mine. Although it is only two, it was the first purchase by Cerro Verde in several years. We are at ease because the post-sale business in the mining sector is advancing well.

In the construction sector we continue to benefit from the positive impact of 2021. In this business, we expect to end with a 17% market share in the case of Komatsu, 20% for Cummins and 20% for Bomag.

BNamericas: Do you expect any major deals in 2023?

Molina: We expect to close two very important truck sales. One is for a mine that is in the process of defining its future assets and the other is a sale that is related to increased production. These will be the most important deals in the mining sector. Although mining investment is expected to drop next year, in terms of our business it should be an important year.

In the construction sector on the other hand we expect a general contraction. This area is made up of around 1,500 units in the market - large excavators, cargo trucks, among others – and we believe it will drop to 1,100 units since ARCC is now finishing its works. So we will protect ourselves with the spare parts and services business lines.

Want to read more information about How KMMP is working with Peruvian mining clients on the renewable energy front?